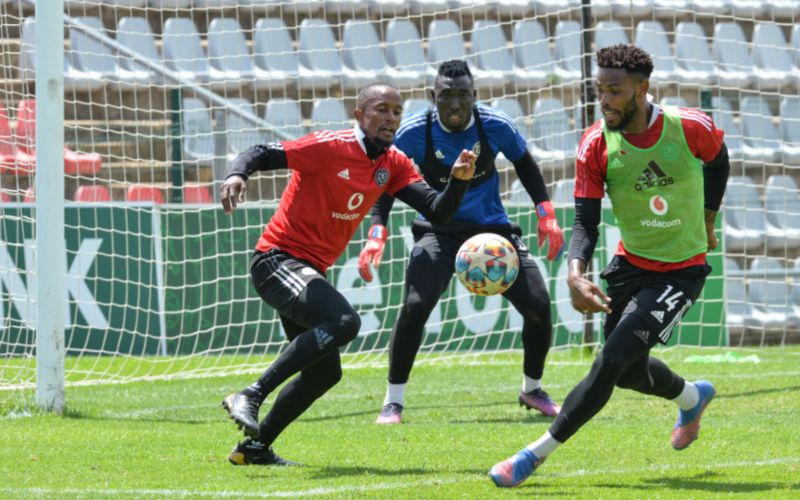 Orlando Pirates shift their focus to the Nedbank Cup Last 16 as they travel to Polokwane for a midweek clash against Marumo Gallants.

The must-win fixture is the first of two cup assignments facing the Buccaneers this week, and takes place at the New Peter Mokaba Stadium on Wednesday evening.

The Soweto Giants will look to make another stride in the prestigious competition, having marched to the Last 16 through a narrow win over fellow top-flight outfit AmaZulu.

Since eliminating Usuthu in the first round, Pirates have had a mixed bag of results across competitions, picking up two victories plus as many draws and defeats in six matches.

They will have their work cut out for them against a confident Gallants side riding the wave of a four-game winning streak.

The Limpopo-based outfit began the year with a straightforward Nedbank Cup victory against one-time winners Santos, and has since gone on to bag the scalps of Chippa United, Baroka and Stellenbosch in the league.

Pirates have been boosted by the availability of in-form midfielder Goodman Mosele, who missed the weekend’s Soweto Derby through suspension, but will be in contention for a spot against Gallants.

Club Captain Happy Jele is also among those who could return to the starting XI on Wednesday after featuring on the bench during the last two outings.

Kwame Peprah (Orlando Pirates): Having finished strong in 2021, the Ghanaian striker is back among the goals with two in his last three matches. Peprah will have good memories of facing Gallants, following his quick brace to get off the mark in Bucs colours earlier in the season.

Ndabayithethwa Ndlondlo (Marumo Gallants): The playmaker has been central to Gallants’ recent impressive run, chipping in with goals at crucial moments. The 26-year-old is sitting at fi league goals this season, with six of them coming in his side’s last four fixtures.

This will be the first cup meeting between Pirates and Gallants, who have squared up twice in the league previously, with both meetings occurring in the current season.

The Buccaneers remain the last team to have inflicted defeat on the Limpopo-based outfit, following their 2-1 victory at Orlando Stadium late last year.

They will be returning to the scene of their first ever encounter, which took place in August, ending in a goalless stalemate.

How to Watch Orlando Pirates vs Marumo Gallants

The game kicks off at 18:00 and will be televised live on SuperSport PSL (Channel 202). Live updates of the action in Polokwane will be available across Orlando Pirates social media platforms.