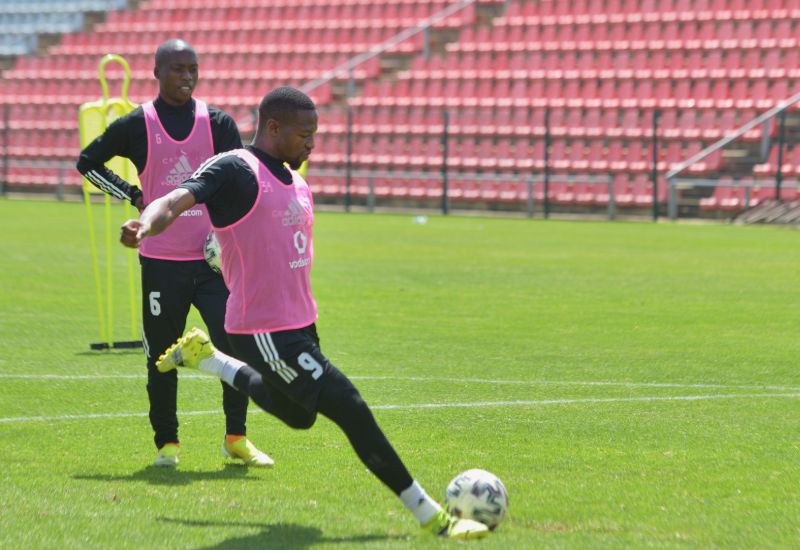 Cup action continues for Orlando Pirates, and the fixtures do not get any easier, with Mamelodi Sundowns lying in wait in the last Nedbank Cup quarterfinal, which takes place at Loftus Versfeld on Thursday at 18:00.

Three semi-final spots have been decided, with the highly-anticipated encounter taking place belatedly due to the two sides' continental commitments.

The fixture takes place a little over a month since the hosts booked their spot in the last eight through a convincing 4-0 win over Championship outfit, Polokwane City in Tshwane.

Before that, the defending champions had beaten fellow DStv Premiership team Stellenbosch FC 3-2 at the same venue in a thrilling clash which required an extra 30 minutes for the winner to be decided.

Like their opponents, the Buccaneers also had to get past one lower league team, plus a top-flight outfit to progress to the quarters.

Josef Zinnbauer's men registered a tight 1-0 win over Uthongathi in the opening round, before their remarkable come-from-behind victory over Maritzburg United at Harry Gwala Stadium.

The Soweto Giants come to the clash on the back of a morale-boosting 3-0 win at home to Ahli Benghazi in the CAF Confederation Cup on Sunday.

They have enjoyed a good run of form in the past weeks, with a Derby defeat to Kaizer Chiefs the only blemish in their record in their last 13 matches across competitions.

Sundowns also come off a rare defeat in their last home game, when they hosted Algeria's CR Belouizdad in the Champions League.

They have since redeemed themselves with victory against Chippa United on Monday, taking their unbeaten streak in domestic competition to 22 matches.