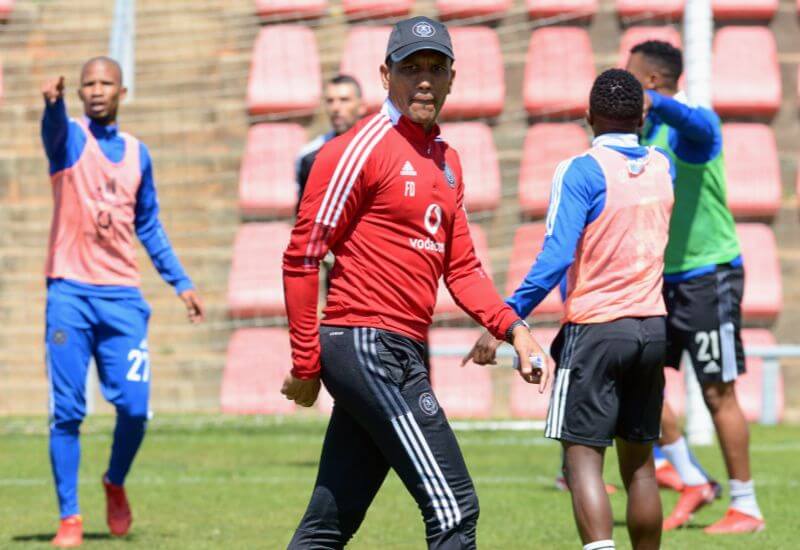 Orlando Pirates’ impressive record against Chippa United will not factor in how they approach today’s fixture, according to Coach Fadlu Davids.

The Buccaneers face the Chilli Boys at Nelson Mandela Stadium, looking to make it 12 straight wins across competitions against their opponents.

While such a record is enough to send a confident vibe throughout the camp, there is also the danger of complacency. However, Davids has revealed that past statistics have not featured in the Bucs’ preparations for what lies ahead of them.

“When preparing for a match like this, we don’t look at previous results,” he told Orlandopiratesfc.com. “That has no impact in terms of the result we’re trying to get today. So our focus is on their current team and how we get the three points.”

After a narrow win against Soweto rivals Swallows FC, Pirates now face another team whose defence has proven difficult to break down so far this season.

In their three games played in this campaign, Chippa have only conceded once, and it was through a spot-kick against Royal AM in their most recent outing.

With no goals conceded in open play, the hosts’ defence has proven a tough nut to crack, and Davids is aware that the Buccaneers will have to make the playing themselves, with no freebies likely to be offered on the day.

“Chippa keep very compact defensively. They are really good at that, and we have to look at ourselves and be more fluid in trying to create chances and scoring goals,” he added.

The match at Nelson Mandela Bay Stadium kicks off at 15:00 and will be screened live on SuperSport PSL (202) and SABC 1.