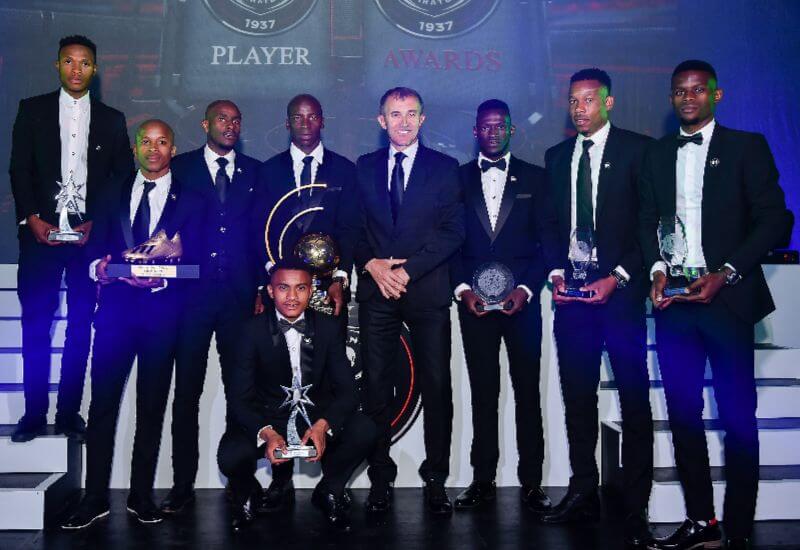 Thursday evening saw Orlando Pirates host its Player Awards for the 2017/18 season. It has been four years since the Club last hosted this prestigious ceremony, and how prestigious it was.

Opened by the Chairman, Dr Irvin Khoza, the 2018 Player Awards kicked off on a winning note as Happy Jele was honoured with the Chairman’s Award for his allegiance and continued dedication to Orlando Pirates.

The First Lady of Football, Carol Tshabalala, and Mr Monday Night himself, Thomas Mlambo, were at their charismatic best as they took to the stage to conduct the evening’s festivities at the Barnyard Theatre in Rivonia.

The award winners on the night:

Shield Development Player of the Season

LG Reserves Player of the Season

Shield Prospect of the Season

Caltex Goal of the Season

Fans’ Player of the Season

Players’ Player of the Season

Vodacom Player of the Season

With the 2017/18 season being coined as the “resurrection” of Orlando Pirates, it goes without saying that the celebration of the night would not have been possible without the Club’s partnerships. In Vodacom, adidas, aQuelle, Caltex, Carling Black Label, Ford South Africa, LG Electronics, Multichoice, SuperSport and USN, the Club is in the fortuitous position to forge forward and scale new heights as these partnerships continue to grow.

The Club would like to thank all of its sponsors, players, technical staff and, most importantly, the supporters for your continued support and dedication throughout the 2017/18 season.