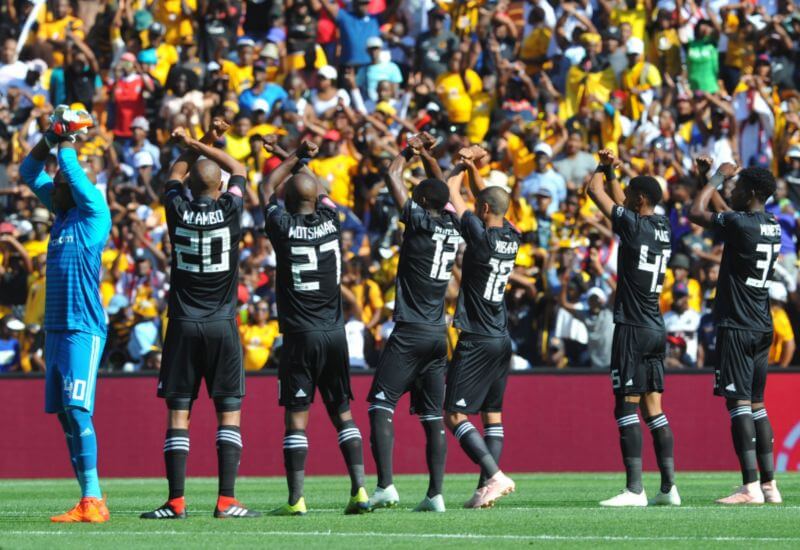 The October 2018 LG Player of the Month Competition gets underway today across all Orlando Pirates social media platforms. Based on their performances during the month’s fixtures, players are shortlisted by the Club and are voted for by supporters.

The player who receives the most votes across all platforms receives a brand-new LG G7 Smartphone and customized Buccaneers phone cover.

With four fixtures being played in October, including a league victory over rivals Kaizer Chiefs, and the dispatching with Chippa United to earn a place in the Telkom Knockout Quarterfinal, the month of October has proven to be particularly tight in terms of selecting the top performing individuals.

Since the launch of the competition a handful of players have consistently made the cut in standing a chance to being voted as the LG Player of the Month. Regular features include the likes of Vincent Pule, Thembinkosi Lorch, Augustine Mulenga, Ben Motshwari, Xola Mlambo and captain Happy Jele.

Innocent Maela makes his debut appearance in the list of nominees after his consistent performances were capped off by a Soweto Derby goal.