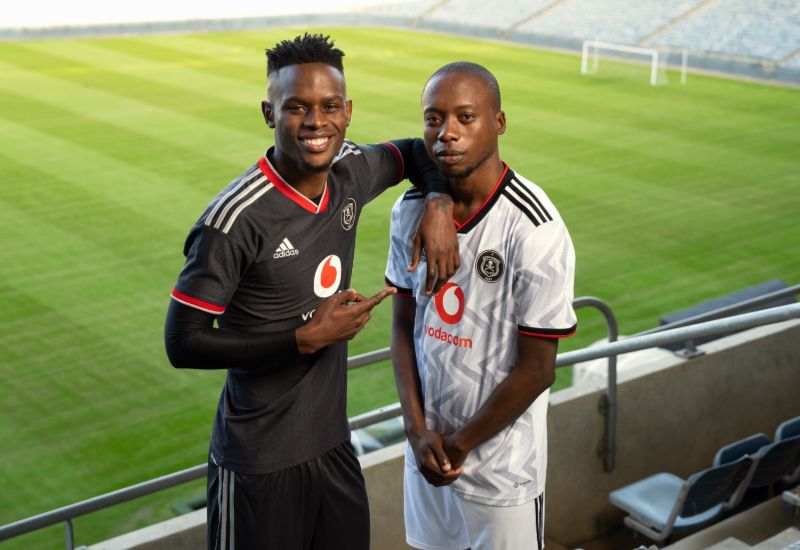 Orlando Pirates has confirmed the First Team jersey numbers ahead of the 2022/23 season, which gets underway on the first weekend of August.

Several personnel changes have been made during the offseason, with a number of departures freeing up a few digits for the new arrivals while a couple of other players have opted to change the digits on their backs heading into the new campaign.

Midfielder Miguel Timm steps into the number 4 jersey recently vacated by former skipper Happy Jele, with defender Nkosinathi Sibisi set to wear number 5 on his back. Strikers Evidence Makgopa and Bienvenu Eva Nga will rock numbers 17 and 33 respectively, with Monnapule Saleng taking number 14 on his return from his season-long loan spell at Swallows.

The other new addition to the First Team, defender Tapelo Xoki - who wore number 27 at his former Club - finds the number unclaimed at the Buccaneers, and will be wearing it in his first season with the Soweto Giants.

Two of the older squad members have done some shuffling around with regards to the figures on their backs, with Deon Hotto taking number 7 ahead of the new season, freeing up the number 11 he has worn since his arrival at the Club in 2020 for Fortune Makaringe, who vacates his number 15.

The rest of the squad reprise their original squad numbers, including players currently loaned out to other Clubs.

Pirates begin their season with a Derby clash against Soweto rivals Swallows at Orlando Stadium on Saturday, 6 August.

Here is the full list of jersey numbers below: