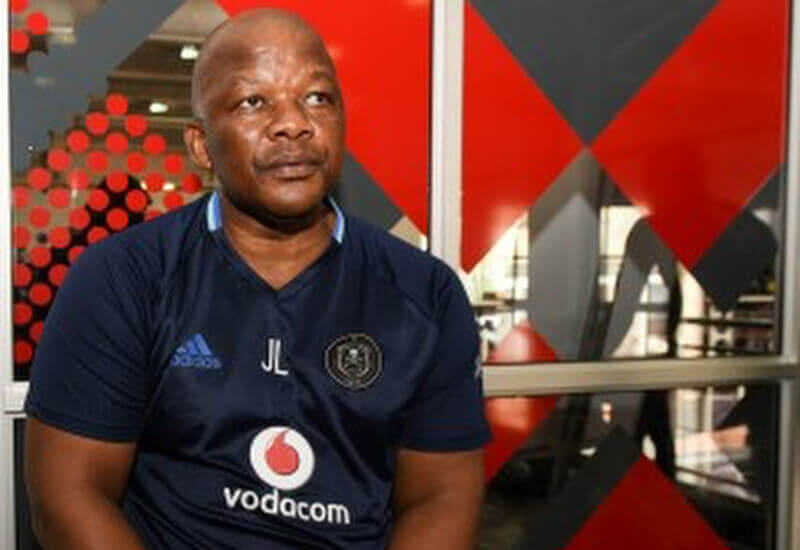 Ask anyone about a diamond and most of the time, people will mention their rarity or their imperious sparkle however; very few will talk about the process behind mining this valuable mineral from the depths of the earth and bringing it to the fore. Similarly, when young exciting players hit the scene very few will people ask the question, “where does he come from?”.

What do Patrick Phungwayo, Mpho Makola, Lehlogonolo Masalesa and Oupa Manyisa all have in common? All of these players are graduates of Africa Sport Youth Development Academy.

The academy which was started by Herold “Jazzy Queen” Legodi - the current Orlando Pirates assistant coach - has produced a number of quality players over the years and now the man with an eye for talent has joined the ranks and we took the opportunity during this International FIFA break to enquire about how life is in the Bucs camp.

“Overall though the experience has been good, the players have been responding well. The unfortunate part of it is that we drew three games but at least we got our first win in the Nedbank Cup and a good one at that, so hopefully going forward we will start playing well.”

“I remain passionate about promoting young players and nurturing young players from development to a professional level because they are mostly coachable and their success is proof of the work one has put in over the years, that at some points they will reap the benefits of having gotten involved in developmental football.

“I have watched our MDC team and I have been impressed with Yusuf (Maart). Obviously, we still need to work on him to get the best out of him but he is getting there.

“The club has invested so much money in its youth development program. It then becomes incumbent upon us as Coaches to promote these players and hopefully it’s not only Yusuf but many more players will come through the ranks.”

On involvement with the Africa Sport academy

“Look my passion will always be to unearth young talent and develop them into successful players. In the past, my academy, Africa Sport Youth Development Academy has brought in the likes of (Patrick) Phungwayo, (Ntsikelelo) Nyauza, (Lehlogonolo) Masalesa, (Oupa) Manyisa, (Mpho) Makola, (Menzi) Masuku and (Roger) Majafa to Orlando Pirates.

“Presently I continue working closely with the Team’s MDC side, we have a scouting team spread throughout the country whose mission is to identify young talent out there. We also have about four to five players from my academy that are currently playing for the Orlando Pirates MDC and I can’t wait to see them make the first Team one day.

On the impact of the MDC in South African youth development

“I think mostly it’s not about winning the MDC, it’s about getting the right balance and improving other aspects of the game for the players so that they can transfer their performance from a developmental level to a professional level. The question of who won or has not won the MDC is irrelevant. The question is do our boys have the quality, the personality and the character to come into the professional level and make an impact.”