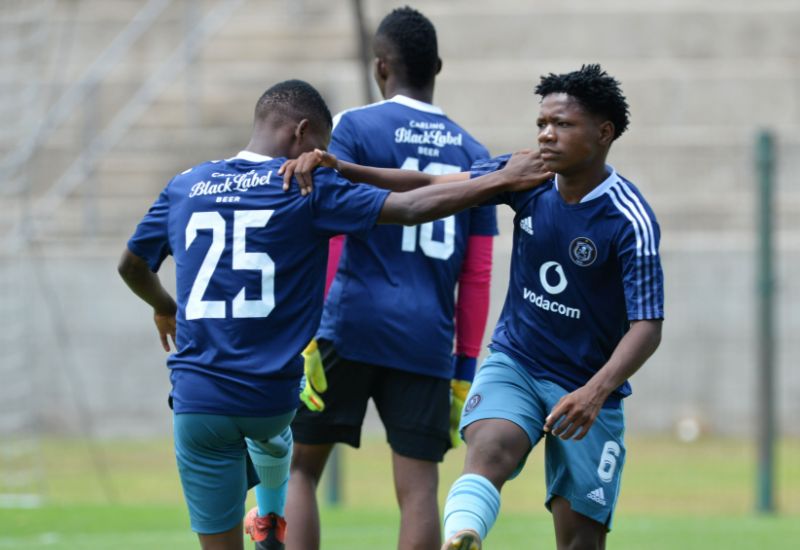 Orlando Pirates Reserves midfielder Njabulo Mndebele became the latest player whose goal was named OPPOxPIRATES Goal of the Month for April, with lucky fan Karabo Tune emerging as the proud winner of an OPPO smart device for participating in the competition and answering in favour of the winning goal.

Nominated for the big prize this time around were goals from first team stars Fortune Makaringe and Kwame Peprah, with the other half of nominees made up of players from the Bucs Reserves in Mndebele and defender Ndumiso Ngiba.

It was one of the youngsters who walked off with the big prize, beating his teammate as well as the big guns after legions of the Buccaneers faithful decided that his strike against Mamelodi Sundowns Reserves at Dobsonville Stadium was the best of the lot.

The diminutive youngster achieved the feat after being central to a spirited second-half performance by the Bucs Reserves, who dominated proceedings in the second 45 minutes after finding themselves trailing heavily heading into the tunnel.

His big moment however came in the 82nd minute when he was entrusted with free-kick duties right on the edge of the box, before unleashing a wonder-strike which left the outstretched keeper with no chance,  giving the Soweto Giants a chance of completing a remarkable comeback, as his goal reduced what was once a three-goal deficit to just one.

With his goal voted as the #OPPOxPirates April 2022 Goal of the Month, Mndebele becomes a proud recipient of a brand new OPPO A16 smartphone, alongside Karabo Tune, whose vote on Twitter scores him the same device.