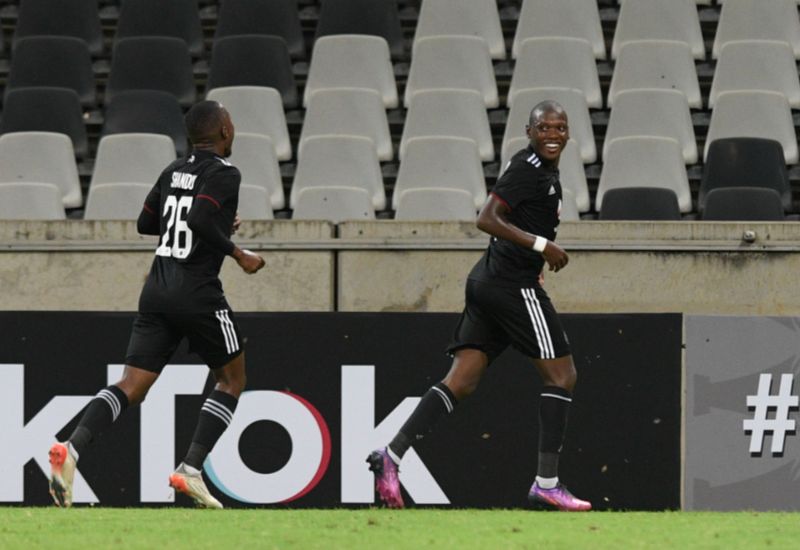 Orlando Pirates fan Dennis Nknyne is the winner of the OPPO Goal of the Month competition for February after voting for Kabelo Dlamini’s 60th minute strike against Royal Leopards as the winning goal.

Fans were afforded the chance to win an OPPO A54s smartphone by voting for their favourite in a selection of the best goals scored by Bucs stars throughout the month.

The winning entry, as voted by the Bucs faithful, was the stunning second half strike netted by Dlamini as the Buccaneers thumped the reigning Eswatini champions 6-2 in the away leg of their CAF Confederation Cup Group B tie.

Leading 4-2 on the hour mark after staging a remarkable comeback from two goals down, the 25-year-old received a well-timed pass just outside the penalty area before pushing forward and eliminating one defender before driving home with his left foot.

That further extended the Bucs’ lead on the night as they breezed through to their biggest victory margin of the season thus far.

The winning goal earns the midfielder an OPPO 54s smartphone, while this month’s lucky winner has also been rewarded with the same device for simply casting his vote.