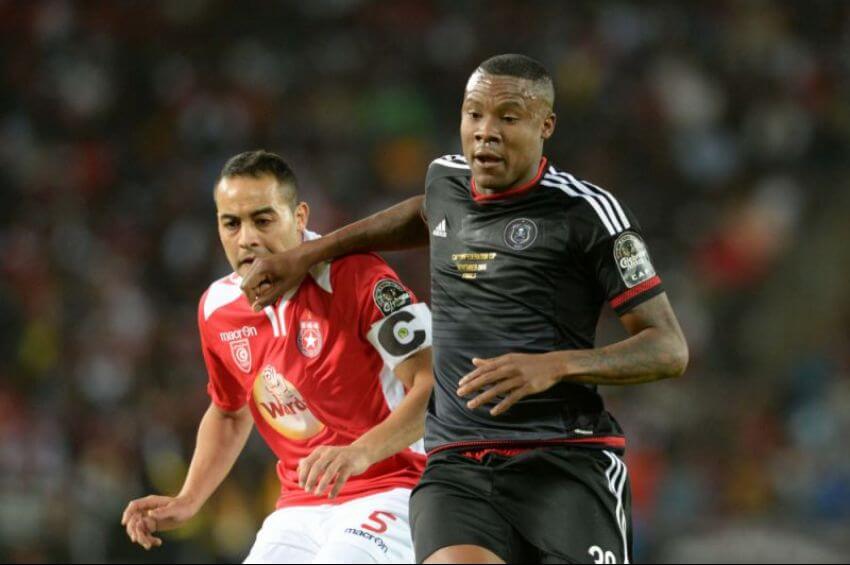 Orlando Pirates are back in the CAF Confederation Cup for the first time since almost going all the way five years ago.

The Buccaneers qualified for the tournament by virtue of finishing third in the 2019/20 DStv Premiership season.

They kick off their campaign away in Angola against Sagrada Esperança on Tuesday.

It will be the Soweto Giants' first Confed Cup fixture since they fell on the final hurdle against Etoile du Sahel of Tunisia in the 2015 edition of the competition.

This was after they finished second in Group B to book a spot in the knockout rounds, where they defeated Egyptian giants Al Ahly in the two-legged semifinals, winning 1-0 at home before a dramatic 4-3 victory in Cairo.

The final against Etoile du Sahel began promisingly for the Buccaneers, who scored in the first half of their home leg through Thamsanqa Gabuza, who finished as joint-leading goal-scorer with six goals - but they were stunned by a late goal which made it 1-1.

They went into the second leg needing at least an away goal of their own to keep their hopes alive, but that was not to be as the Tunisian outfit held on to a 1-0 lead to clinch the title.

That campaign remains Pirates' best in the tournament, beating their run in the 1999 edition, back when the competition was called the African Cup Winners Cup.

On that occasion, the Buccaneers were knocked out in the semifinals by Ivorian outfit Africa Sports via a penalty shootout, which came after the two sides were deadlocked at 4-4 on aggregate.

As they seek to go all the way in the 2020/21 edition of the tournament, Orlando Pirates have a must-win tie against Sagrada Esperança, which kicks off in Luanda before they have to host the Angolan outfit in early January.