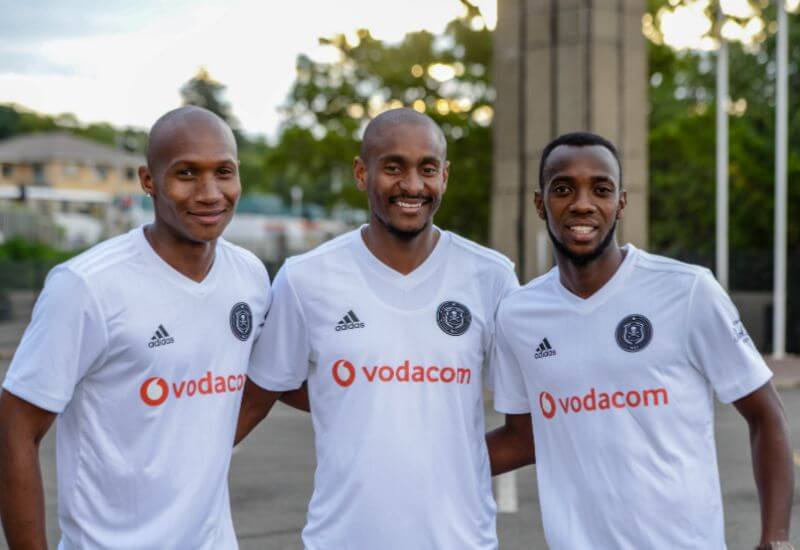 Orlando Pirates celebrate their much-awaited return to continental football when they open their Total CAF Champions League campaign on the 28th November at Orlando Stadium.When they turn out onto the fabled pitch that is the Mecca of South African football, the Buccaneers will do so in a limited edition adidas jersey that will become the third shirt launched in the 2018/19 season.

As with this season’s home and away shirts, the new third jersey recalls iconic shirts from the Club’s rich past, with a classic and pure white-on-white colour scheme that features a black and white Orlando Pirates logo.

The Buccaneers are one of only two South African teams and are also the first to lift the CAF Champions League, albeit having last played in the tournament in 2013 following a magical run that ended in defeat in the final.

“We have passed a momentous milestone of 80 years of existence and in celebrating that achievement, the Club have been on a drive to close out an impressive chapter of our story by inducting five more legends to the 75 that are already immortalised in the annals of this institution. In keeping with the traditions which make this Club great, and in celebration of going back to a competition which we hold so dearly, we have brought back a jersey which resembles that which changed the fortunes of a select group of young men in 1995, and set the tone for what was to become one of the greatest eras in the Club’s and the nation’s rapidly bourgeoning football history,” said Tokoloho Moeketsi, Orlando Pirates Brand Activation Manager.

Bob Maphosa, Sports Marketing Manager for adidas SA, said: “Orlando Pirates’ third kit is a modern take on some of the club’s legendary jerseys. It’s a great look for a Club that has such a rich history, but is constantly reinventing itself to maintain the highest standards of performance.”

The new limited edition 3rd jersey will be available from 6December 2018 at the Orlando Pirates store, adidas concept stores and selected sports retailers across the country at a retail price of R799 (men) and R699 (ladies).