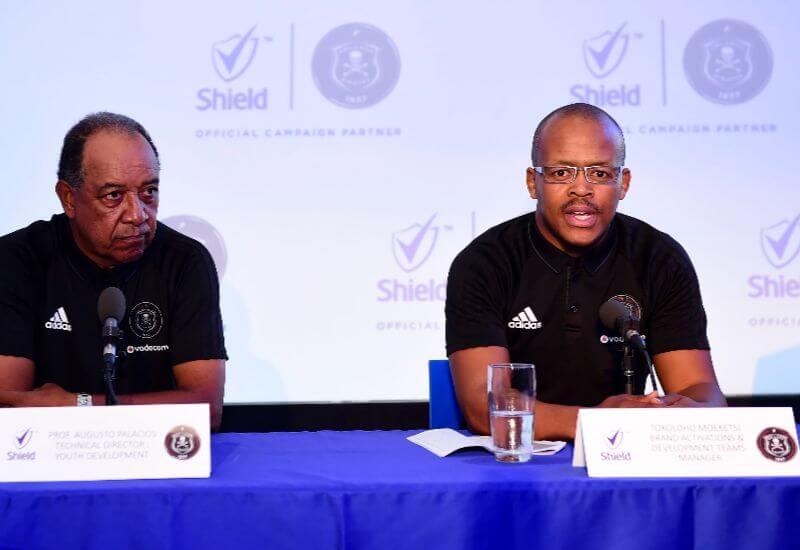 Local football development and building champions is at the heart of the Shield Sbonis’iDiski campaign, which began in 2017. As part of the campaign, Shield identified three players through a nationwide search, who were selected to attend a training weekend in London with Chelsea Football Club.

In building on from the successes of last year, South Africa’s #1 selling deodorant brand, Shield, has partnered with Orlando Pirates to empower young and talented footballers to realise their dreams of playing at a professional level.

The partnership between the two champion brands comes as a new layer for Shield, and it strengthens their commitment to football development in the country. The Buccaneers have historically played a huge role in local football development and continue to do so through their programmes and their youth development team, that has seen four promotions to the senior side in two years. In joining with Shield, they will bring their expert training programme and coaches to the field in national campaign try outs, whilst scouting for the one champion player to be part of their development team.

“Partnering with Orlando Pirates is a natural progression for year two of the campaign thanks to the Club’s passion around football development in South Africa,” said Gareth Marshall, Senior Brand Manager - Shield South Africa. “This partnership will inspire young, South Africans who understand that achieving success requires hard work, practice, and dedication to reach for their dreams and achieve that one-year development contract with the Buccaneers.”

Speaking ahead of the launch, Tokoloho Moeketsi, Brand Activation Manager at Orlando Pirates expressed delight in the partnership, and what it means broadly for football development.

“Orlando Pirates has always been dedicated to unearthing the best talent in South Africa, through our own extensive recruitment network and the programmes and initiatives that we run internally through the Club’s youth systems. We’re excited to extend our development program and give more opportunities to aspiring players nationwide, while inspiring talent through hard work and determination and giving them skills – both on and off the field.”

The nationwide competition is open to all South Africans and initial regional trials will take place in five regions: Johannesburg, Cape Town, Bloemfontein, Port Elizabeth and Durban. Players will be selected from the regional trials to attend the finals week, where three players will be chosen to travel to London and train with Chelsea F.C. Once these three players return from London, one of them will be given a one-year development contract with Orlando Pirates – going under their guidance to continue a career in football.

To enter, consumers can purchase any Shield product and redeem by calling *120*744353# for a chance to win. For more information on dates and times and other key info to join the try outs, visit www.shield.co.za. Consumers should retain your till slip as proof of purchase.