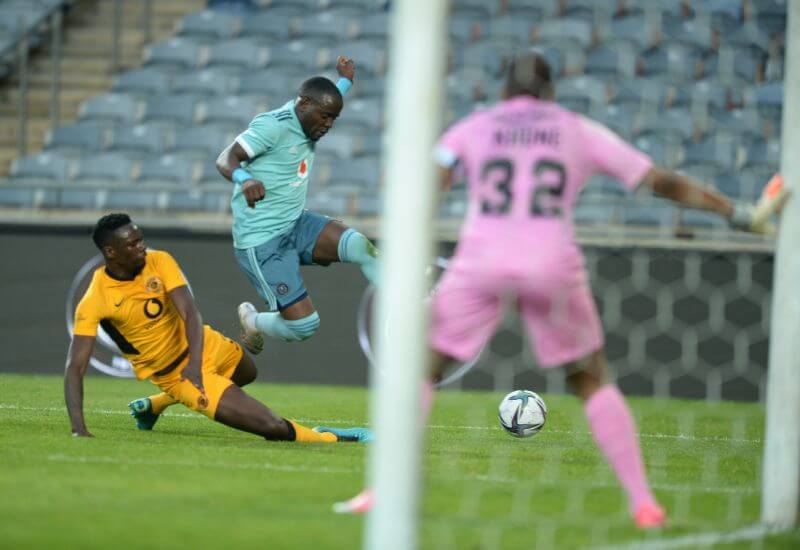 A tense penalty shootout did not go the way of Orlando Pirates, who lost 4-3 in the shootout after their Carling Black Label Cup clash against Kaizer Chiefs at Orlando Stadium on Sunday evening.

It was an opportunity for the Buccaneers to dust off the cobwebs in a competitive setting, following a lengthy offseason.

Both sides took time to kick into gear, with very few clear chances in the first 45 minutes.

Fortune Makaringe could have put the Bucs ahead on the half-hour mark when he shot into the side-netting after some good interplay with Deon Hotto down the left flank.

Three minutes from the break, Thembinkosi Lorch made an opportunity of his own when he cut inside before his shot was palmed away by Itumeleng Khune.

The second half was much livelier, and Chiefs had a golden opportunity to edge ahead when they were awarded a penalty in the 73rd minute. However, Richard Ofori denied Daniel Cardoso, diving to his left to make a crucial save.

Bucs youngster Boitumelo Radiopane was a livewire at the other end, turning defenders on the left flank before his cross failed to find a teammate, with Tebogo Tlolane lurking close by.

There were no goals forthcoming at the end of 90 minutes, and the game went straight to the lottery of penalties.

Hotto and Kabelo Dlamini were on the money first up, while Cardoso and Bernard Parker scored for Chiefs to level things.

This was before misses from Ntsikelelo Nyauza and Amakhosi youngster Sabelo Radebe.

Wayde Jooste also failed to convert from the spot, which handed the advantage to Chiefs.

Pathutshedzo Nange and Kgaogelo Sekgota were both on target, while Ofori also found the net.

However, it was not to be for the Buccaneers, who relinquished the Carling Black Label title, with Chiefs walking off as victors.