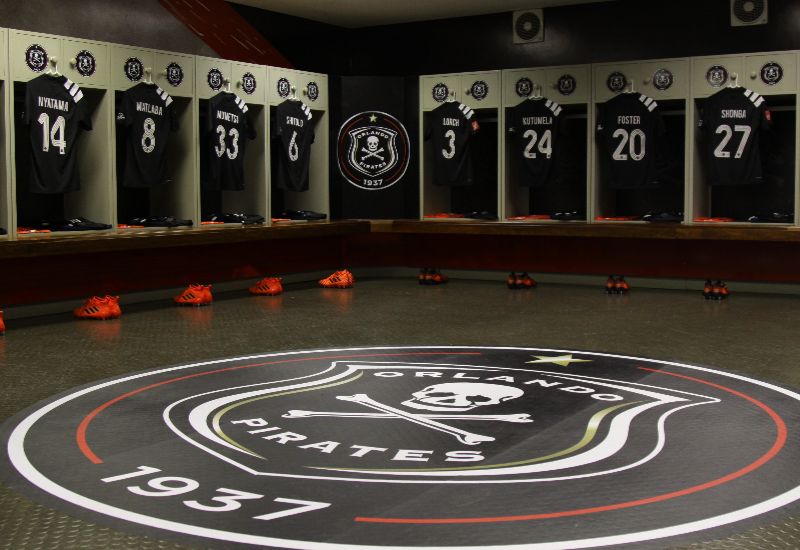 The 2017/18 Absa Premiership season came to a close at the Orlando Stadium this past weekend with a 2-1 victory for Orlando Pirates over Free State Stars.

The Mighty Buccaneers have finished in second place, five points behind champions Mamelodi Sundowns. By finishing second, Pirates return to the CAF Champions League for the first time since 2013, where they narrowly lost out to Egyptian giants Al Ahly in the final.

Orlandopiratesfc.com takes a look back (in numbers) at what has been for the Mighty Buccaneers this past season.

0 – The number of red cards for Orlando Pirates this season.

1 – Amount of home games the club lost in the league this season. Orlando Stadium became a fortress this season with Pirates registering a 60% win rate, with nine wins, four draws and one defeat which was to Mamelodi Sundowns.

4 ­­– The most goals scored in a single match. Pirates beating Bidvest Wits 4-0.

5 – The number of defeats in the league. This is the lowest number of losses in the entire league this season followed by Mamelodi Sundowns and Kaizer Chiefs who are both on six.

5 – The number of clean sheets by a Pirates keeper (in all competitions). This was a tie between Wayne Sandilands and Jackson Mabokgwane.

11 – The most assists by a Pirates player this season. This record is held by Luvuyo Memela.

15 – The number of wins in the league by Pirates this season. This is the second highest win rate after Sundowns who have 18 wins.

17 – Lyle Foster became Orlando Pirates’ youngest goal scorer in the PSL era when he netted a dramatic equaliser in the dying minutes of the game.

29 – Most matches played by an individual this season and this record is held by Musa Nyatama.

32 – Vince Lombardi once said, “It’s not whether you get knocked down but whether you get back up”. After a disappointing 2016/17 season, Pirates didn’t just get up but they bounced back emphatically so by improving their points haul of last season by an impressive 32 points.

46 – Total number of goals scored by Orlando Pirates in all competitions out of a total 34 matches played.

57 – Total number of yellow cards collected this season. The player who collected the most yellow cards this season was midfielder Musa Nyatama with seven; followed by a three-way tie for second of Marshall Munetsi, Thabo Matlaba and Mpho Makola on four bookings each.

2694 – The most minutes played this season. This record is held by Musa Nyatama. Followed by defenders Ntsikelelo Nyauza on 2460 and Innocent Maela on 2370 minutes.