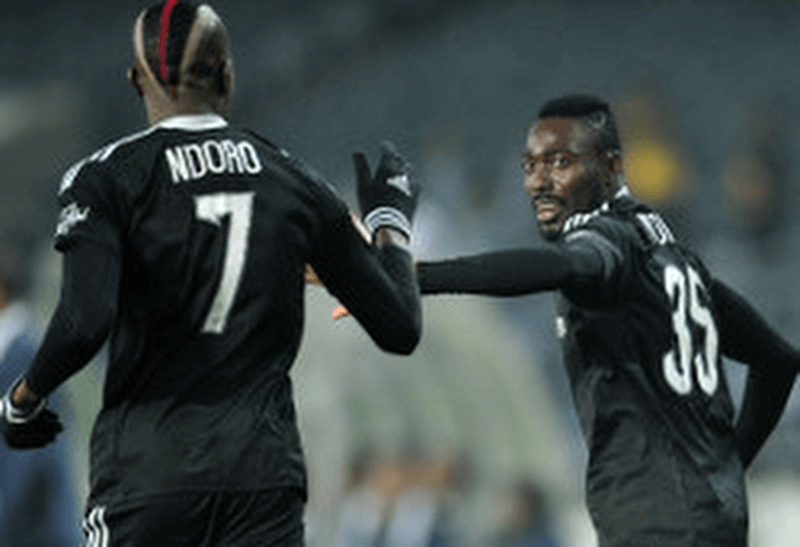 Orlando Pirates beat nine-man Maritzburg United 2-0 in an Absa Premiership game at the Orlando Stadium in Johannesburg on Tuesday night.

The victory takes Bucs to ninth spot on the league table after ending their 12-match winless run, while the Team of Choice remain eighth.

The Buccaneers applied some pressure on the Team of Choice' defence in the opening stages of the match, with Oupa Manyisa looking lively for the home side.

The midfielder's well-taken corner-kick found Ayanda Gcaba, who rose highest in the Maritzburg box to head home - making it 1-0 to Pirates 13 minutes into the game.

The visitors had a chance to restore parity in the 22nd minute from a promising free-kick, but Evans Rusike smashed the set-piece wide of the target.

A good move by the Team of Choice in the 35th minute led to Pirates goalkeeper Siyabonga Mpontshane producing a magnificent save to deny Bandile Shandu.

But Mpontshane nearly made a costly error on the stroke of half time when he fumbled Maritzburg midfielder Lebogang Maboe's long-range shot, before gathering it.

Nevertheless, Pirates took a 1-0 lead into the half-time break, thanks to their good start good in the first half of the encounter.

Even though, Maritzburg dominated possession in the early stages of the second half, Pirates looked dangerous on the counter-attack.

Pirates striker Tendai Ndoro was sent through on goal in the 48th minute, but the league's top goalscorer blazed over with only Maritzburg keeper Virgil Vries to beat.

Maritzburg suffered a big blow on the hour mark when Brian Mandela received his second yellow card and he was sent off following a dangerous tackle on Ndoro.

The versatile attacker did make a huge impact when he fired past Vries from close range in the 79th minute to make it 2-0 to Pirates following a good move by the home side.

Things went from bad to worse for Maritzburg in the 83rd minute when Deolin Mekoa also received his second yellow card and he was red-carded following a foul on Luvuyo Memela.

Despite their numerical disadvantage, Maritzburg, who had nine men on the pitch, contained Pirates in the remaining minutes and the Buccaneers emerged 2-0 winners.