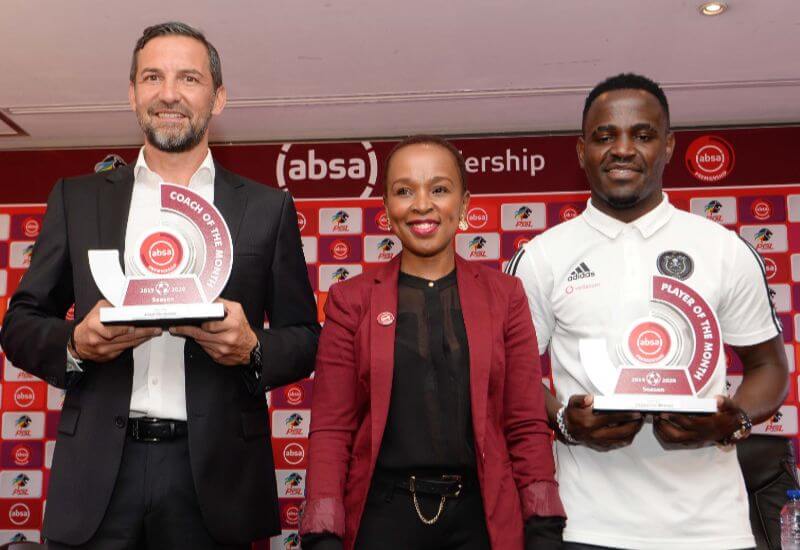 The Buccaneers have enjoyed a fruitful period in the league of late, starting the new year with some impressive results that have seen them unbeaten in the league in 2020.

They finished January having played five matches, where they have collected 13 points, with their first fixture of the year the only game where they failed to claim maximum points.

Zinnbauer was rewarded for overseeing these impressive results in his first full month at the Club.

Under the German mentor, the Soweto Giants claimed four straight wins in January, which propelled them up to second place in the current league standings.

Contributing a great deal on the field of play has been Mhango, whose six goals in January make up the bulk of the Club’s tally for the month.

The Malawian international is the league’s leading goal scorer with 14 in just 18 matches and is well on track to bag the Lesley Manyathela Golden Boot at the end of the season.

Mhango is also up for the January Goal of the Month award, after being nominated for the first of his three goals in the 4-1 away win against Polokwane City.

The Buccaneers will be in action again on Sunday when they take on Black Leopards at Thohoyandou Stadium, with the match kicking off at 15h30.