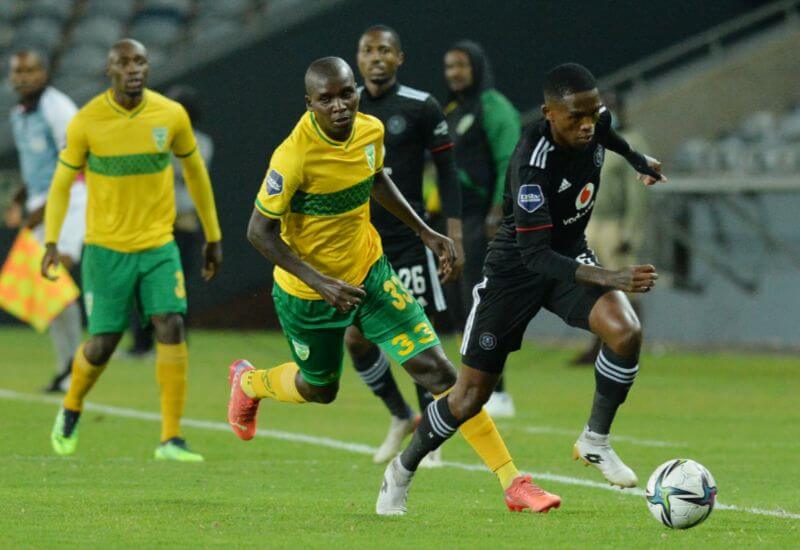 Orlando Pirates were forced to walk home from their first league game of the year with a single point as they battled to a goalless draw against Golden Arrows at Orlando Stadium on Wednesday night.

An unchanged side from the one that dispatched Algeria’s JS Sauora at the same venue three days prior took to the field looking to add a third straight league victory that would strengthen their grip on second place on the log.

Things started off rather subdued as the two sides took time to display any sort of cohesion on attack.

Only three real attempts at goal were possible in the opening half, the first of those coming six minutes from the break when Goodman Mosele spotted Arrows keeper Nkosingiphile Gumede off his line and chanced his arm from just inside the visitors’ half, but floated his effort just wide of the target.

Arrows got closer to opening the scoring a minute later from a set-piece situation, as Nduduzo Sibiya’s curling effort beat both the Pirates wall and goalkeeper Siyabonga Mpontshane, only to be kept out by the upright.

The home side could have had the final say in the first half when Ntsako Neverdie Makhubela teed it up for an onrushing Deon Hotto just inside the box, but the Bucs winger mistimed his shot at goal, sending the ball over the crossbar.

The start of the second period was almost a direct opposite to the preceding half, particularly for Pirates, who emerged from the tunnel with a bit more intent.

They forced two quick corners inside the first three minutes of the second half, but nothing came off the set-pieces as Arrows defended their lines well.

Midway through the half, the Buccaneers came close through substitute Kabelo Dlamini, who was played in by Hotto but had his shot saved by Gumede.

The Arrows shot-stopper was in fine form on the night, making another fine save soon after to keep out Zakhele Lepasa’s glancing header from a Pirates free-kick.

The home side continued to push forward with intent, and could have led five minutes from time if not for some desperate defence from the visitors, which blocked venomous shots from Lepasa and Fortune Makaringe in quick succession.

It was to be a draw in the end, as neither side could make the breakthrough in yet another tightly-fought affair between the two sides.