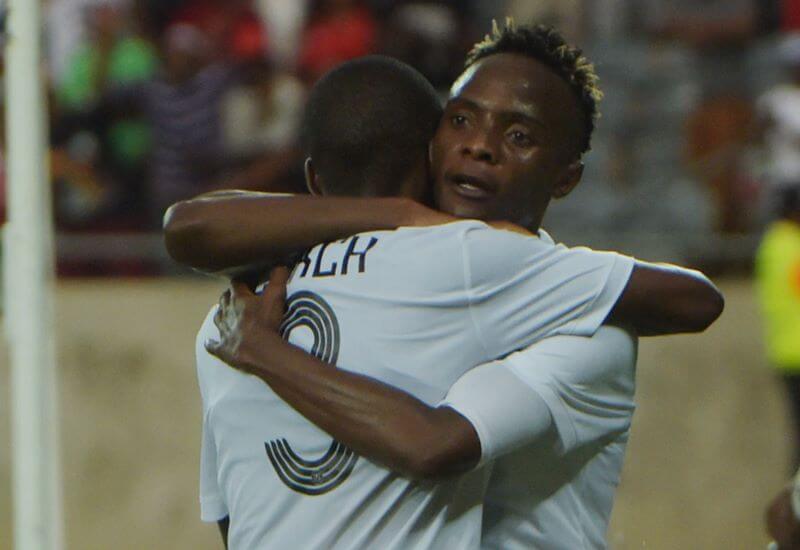 Orlando Pirates have moved atop of Group B following their convincing 3-0 victory over Horoya AC in a CAF Champions League encounter played at the Orlando Stadium on Friday night.

The Buccaneers are number one in the group with a superior goal difference to that of Tunisian giants Esperance, who defeated FC Platinum 2-0 earlier in the day.

Having been unable to get past FC Platinum in their opening group stage match last week, hosts Orlando Pirates came into this encounter desperate for maximum points and to get their Group B aspirations back on track.

Horoya, who prior to this game had never tasted defeat on South African soil, threatened first through their danger man Ocansey Mandela, but the diminutive attacker curled his strike wide of goal.

Midway through the first half the Buccaneers carved out their first meaningful attack but Zambian Justin Shonga miscued his shot from a tight angle.

Pirates threatened again in the 28th minute through Thembinkosi Lorch who was left unmarked in the box but his first touch failed him allowing the keeper Abdoulaye Kante to close down his angle and thwart his goal bound strike.

Just when it looked like the game would go into the break at 0-0, a moment of individual brilliance from Lorch saw the home team go ahead in the 45th minute.

The visitors who are only four games into their domestic league, saw them make forced substitutions before the half time interval for the injured duo of Mohamed Fofana and Boniface Haba.

Horoya came out of the change room spurned on by the words of their coach Patrice Neveu who had given his side the hair dryer treatment at half time.

Unfortunately despite their gallant defensive display in the second stanza, the visitors could do little to keep Pirates at bay any longer.

Shonga was steered through on goal in the 73rd minute byLinda Mntambo and having spotted the keeper off line, Shonga fired a snap shot from range which caught Kante by surprise.

Shonga struck again two minutes later, this time the Zambian capitalising on a defensive error by the visitors which released him on goal. The 22-year old did the rest – firing his shot through the outstretched hands of Kante.

Pirates locked the back door soon afterwards as the match drew to a close.

Pirates secured their second consecutive clean sheet for the second time this season. Should they keep a clean sheet in their next match against Baroka FC on Tuesday, it will be a new record for the season for the defence.