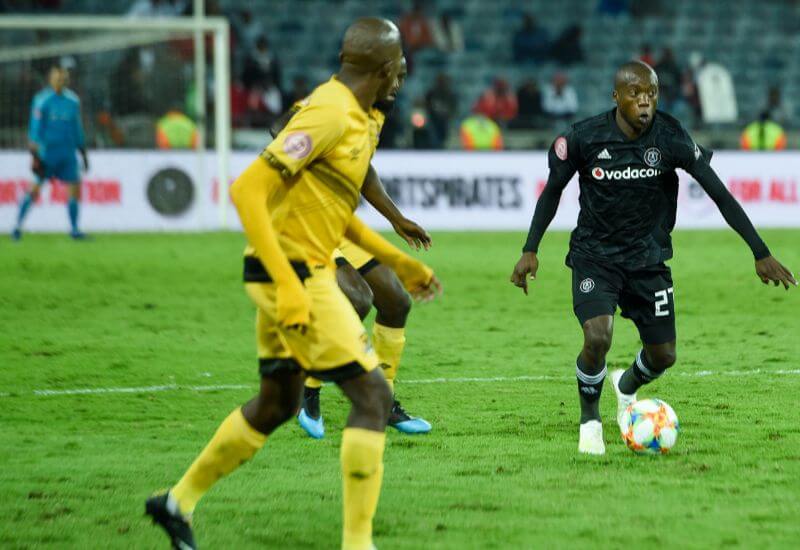 Orlando Pirates have moved three points clear of the chasing pack following their 2-0 victory over Black Leopards in an Absa Premiership clash played at the Orlando Stadium on Wednesday night.

Goals in either half from Luvuyo Memela and Thembinkosi Lorch ensured that the Buccaneers pull away from Mamelodi Sundowns who have two games in hand over the Soweto Giants.

The hosts made all the right moves in the opening exchanges and after a sustained spell of pressure, opened the scoring in the 23rd minute of the match.

Leopards conceded a free-kick on the edge of the penalty area after a foul on Happy Jele. Memela made the visitors pay, striking a crisp left-footed shot past Leopards goalkeeper Rotshidzwa Muleka and into the corner of the net.

Pirates should've doubled their lead through Justin Shonga four minutes later, but after the ball fell rather fortuitously at his feet, the forward succeeded in firing his shot over the crossbar with the goal at his mercy.

The Buccaneers continued to dominate proceedings and squandered a further chance in the 41st minute as Musa Nyatama guided his headed attempt wide of goal from a corner kick.

Shonga was guilty of another missed opportunity on the stroke of halftime as Pirates again failed to convert. The Zambian forward darted ahead of Muleka to meet a low cross into the area from Lorch, but his attempt flew wide of goal much to the dismay and frustration of The Ghost.

Lidoda Duvha finally conjured a shot on target eight minutes after restart of the match through Karabo Tshepe, but Wayne Sandilands was alert to the danger to punch the midfielder's shot clear of danger.

Lorch and Shonga teamed up for another chance in the 72nd minute, but neither could convert with the latter guiding his effort from an acute angle onto the woodwork.

Pirates were almost made to rue their catalogue of missed chances three minutes later, as Mwape Musonda rose to meet a cross into the area. His attempt had Sandilands worried, but lucky for the hosts, the crossbar denied the forward a 14th goal for the season.

Lorch finally doubled their lead in the 80th minute. The forward broke the offside trap before nodding home past Muleka to seal all three points for the Buccaneers.