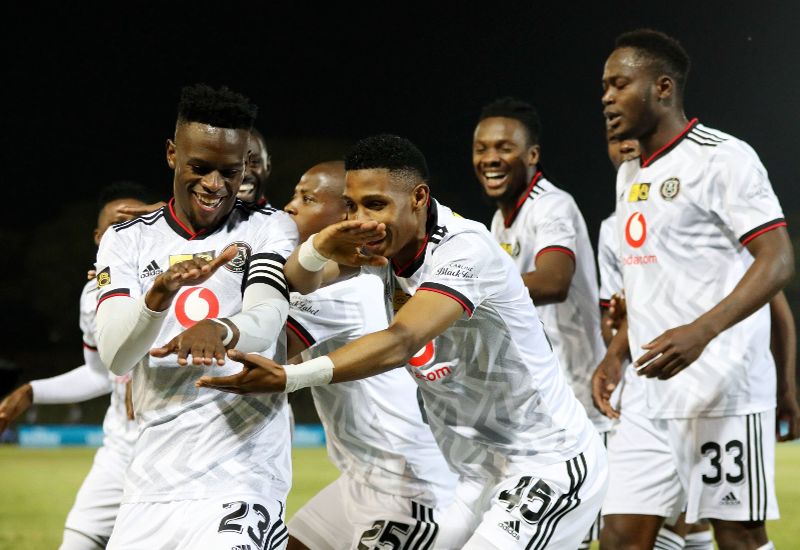 A goal in each half handed Orlando Pirates a 2-1 win in their MTN 8 quarter-final clash against Royal AM at Chatsworth Stadium on Saturday night.

In what was their second clash against the KwaZulu-Natal based outfit in the space of two weeks, a spot in the Last Four of the prestigious competition was up for grabs as the two sides renewed their rivalry.

Just as they did in their recent midweek outing, the Buccaneers did not have to wait long before getting on the scoreboard, as the breakthrough came just three minutes after kick-off.

This time around, the visitors benefitted from a poor attempt in building from the back by the home side, with Vincent Pule pouncing on a loose ball before calmly slotting home to hand his side an early lead.

Trailing early on in the game seemed to have spurred the hosts into action, and they could have equalised in the 16th minute, with Lesotho international Motebang Serra played onside before shooting over the bar with just Richard Ofori to beat.

Royal AM kept up the intensity during the middle part of the first 45 minutes, with extra alertness demanded from the Bucs defence. That bit of vigilance proved handy when Serra appeared to be through on goal, only to be thwarted by a sweeping challenge from Olisa Ndah.

It was not all quiet at the other end, where the Buccaneers had a few opportunities without delivering a decisive ball into the final third. This was before the 35th minute when a golden opportunity was spurned by Zakhele Lepasa, who was teed up by Bienvenu Eva Nga and drew a save off the keeper before collecting the rebound and sending his shot well wide of the target.

The Soweto Giants were able to hold on to their slim advantage heading into the second half, and their lead was doubled just 10 minutes after the players had emerged from the tunnel, with Thabiso Monyane cashing in from a bit of fortune after his angled shot from the right flank was fumbled over the line by goalkeeper Xolani Ngcobo.

The two-goal cushion however did not last too long, with Mfundo Thikazi pulling one back for the home side just two minutes later. This set up a tense finish, with neither side willing to hang back and absorb the pressure.

Former Bucs defender Thabo Matlaba could have complicated things for his old side as the clock wound down, as he found himself well inside the Bucs half of the field, where he unleashed a long-range shot that almost grazed the crossbar.

Pirates had an opportunity just seconds before the end of regulation time, with late substitute Kwame Peprah laying the ball for Goodman Mosele, whose low shot drew a save from Ngcobo.

Just minutes later, the Bucs midfielder was one of two players sent off after a bit of a scuffle towards the end, which resulted in both teams finishing with 10 men.

The Buccaneers were able to hold out in the end, enduring a cagey finish to the contest to complete two wins in as many games against Royal AM, and more importantly booking their spot in the Last Four of the competition.