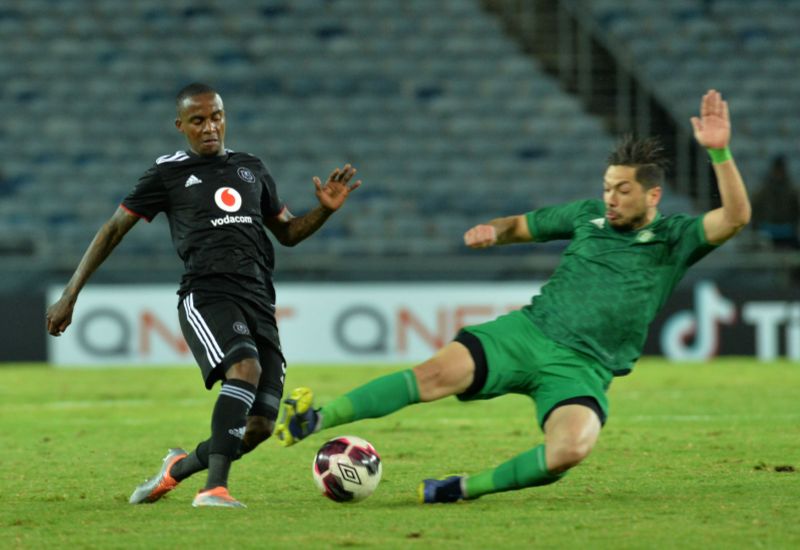 Orlando Pirates confirmed their spot in this year’s CAF Confederation Cup final despite a 1-0 defeat to Al Ahli Tripoli at Orlando Stadium on Sunday night.

Having completed an impressive 2-0 win in the away leg, the Buccaneers faced another big 90 minutes which stood between them and a spot in the final.

The came up against a side determined to overturn the deficit, and the intent was evident early on with the Pirates’ goal peppered with a succession of long-range attempts - the majority of which went wide of the target.

Skipper Happy Jele could have taken the wind out of the visitors’ sails with an early goal as he got close to a lovely ball floated into the box by Deon Hotto, but failed to get what would have been a crucial touch that would have turned the ball into the net.

Most first-half chances however came from the other end, and the Buccaneers had a nervy moment in the 16th minute when the referee blew for a penalty, ruling that Jele had handled the ball inside the box before the decision was overturned upon consultation with the Video Assistant Referee (VAR).

Ahli Tripoli looked to have found their radar halfway through the first half, with Richard Ofori forced into three quick saves in a promising passage of play for the Libyans.

Olisa Ndah was the next Pirates player to have a rare chance at goal, heading wide from a corner after being located by Hotto just by the far post in the 38th minute.

The hosts were quick off the blocks in the second period, as Kwame Peprah struck the side-netting shortly after kick-off after doing well to create space for himself on the outside amid attention from the defence.

Bandile Shandu also got close in the 56th minute, benefiting from some good interplay between Peprah and Hotto down the middle before his shot from inside the box was deflected out of play.

More chances fell to the home side, as Hotto pulled his shot slightly to the left from a set piece in the 75th minute, before Terrence Dzvukamanja forced a save off Muhammad Nashnoush nine minutes later.

However, the visitors would set up a tense finish when Ali Abou Arqoub shot from outside the box, with the ball taking a deflection that wrongfooted Ofori to make it 2-1 on aggregate with one minute of regulation time remaining.

Ahli Tripoli looked to level matters in the tie, but Pirates were able to hold their nerve as they marched to the final, where they will meet the winner of the tie between the DRC’s TP Mazembe and RS Berkane from Morocco in Uyo, Nigeria on Friday.