Pirates Bounce Back With Big Win 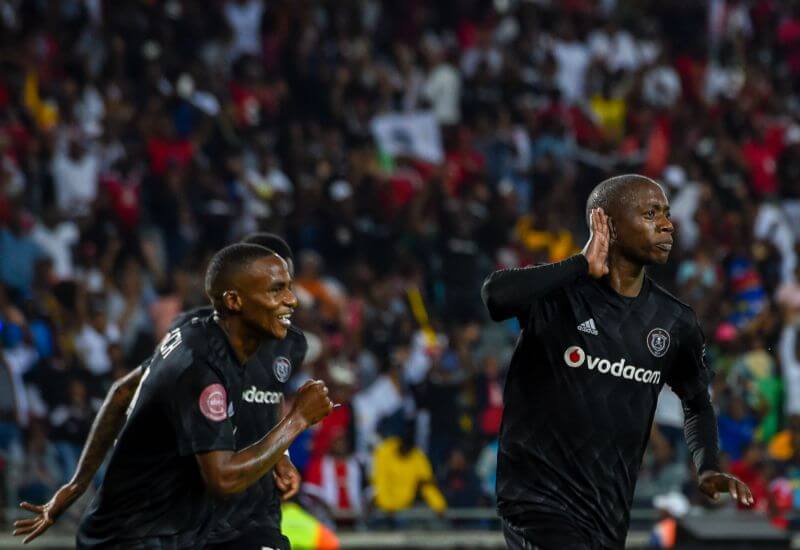 After going six matches without a victory in all competitions, Orlando Pirates bounced back with an emphatic 4-1 victory over Amazulu in an Absa Premiership match played at the Orlando Stadium on Saturday night.

With the Ghost getting increasingly impatient with the recent results which included a first loss in 15 league matches against SuperSport United during the week, the Brains Trust of Micho Sredojevic and his technical team, came into this encounter knowing that nothing less than a victory would be enough.

The hosts who were without the suspended Happy Jele, set up with an attack-minded team and this was evident early on as the Buccaneers launched one attack after another.

However despite all the attacking from the home side, it would be Usuthu who would find the net first in the 17th minute, albeit much against the run of play.

Amazulu pounced on a poor pass from Marshall Munetsi in midfield before launching a counter attack move which saw former Pirates junior Michael Morton setting up Jabulani Ncobeni for a relatively easy goal.

However, Pirates responded with a goal three minutes later when they launched a counter attack move of their own involving Thembinkosi Lorch, Vincent Pule and goal scorer Kudakwashe Mahachi, who turned one in after receiving a pin-point cross from Pule.

Bucs then took the lead for the first time four minutes before halftime through Luvuyo Memela, who scored to make it 2-1 to Pirates after being set up by Justin Shonga in a similar fashion to the first goal.

The momentum was with Pirates and they extended their lead further through Shonga, with ‘The Sheriff’ latching on to a cross from Lorch on the stroke of half time.

The second half started much in the same as the first ended with Pirates dominating proceedings. However, the hosts failed to extend their lead with Munetsi, Lorch and Pule getting close in the opening ten minutes of the second stanza.

As for the visitors, Usuthu rang some changes at half time by introducing another former Buccaneer in Tshepo Gumede at the break and the hard tackling midfielder Sammy Darpoh later in the half.

However despite these changes, the visitors struggled to find the back of the net.

Both teams launched attacks in the closing stages of the encounter and it was the hosts who grabbed a late goal in the 84th minute through Ben Motshwari after the hard running midfielder latched on to a loose ball in the box and unleashed a fearsome strike into the top corner.

That would prove to be the last real action of the match as the Buccaneers ran down the clock to a game which sees them move back to second place and two points behind log leaders Bidvest Wits who drew 1-all with Mamelodi Sundowns earlier in the day.