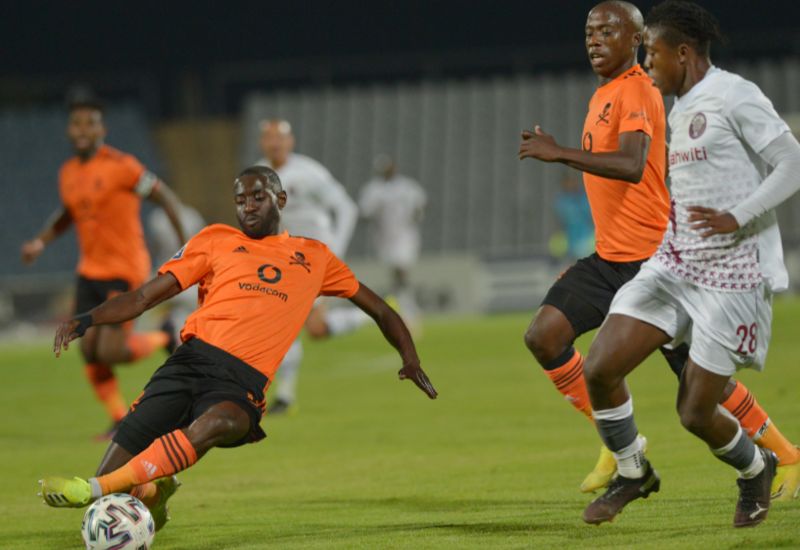 Orlando Pirates had to settle for a point once more in the Original Soweto Derby, as they played to a 1-1 stalemate against Moroka Swallows at Dobsonville Stadium on Saturday.

Going into the match placed in fourth place in the DStv Premiership standings, the Buccaneers had to contend with the fifth-placed Dube Birds, who were yet to taste defeat in their backyard since returning to the top flight.

It looked as if the visitors would make the early breakthrough in the opening exchanges, but the deadlock was broken at the other end of the field - albeit through a Pirates player - when Thulani Hlatshwayo deflected Vuyo Mere's cross past goalkeeper, Wayne Sandilands into his own net.

As they sought to restore parity, Pirates sent wave after wave of attack into the Swallows half. This was before Fortune Makaringe almost benefitted from some good inter-passing from his teammates, but his shot from close range was blocked by Virgil Vries.

The best chance of the half, as far as the Buccaneers were concerned, came five minutes from the break, when Siphesihle Ndlovu, then Vincent Pule, followed by  Linda Mntambo, all had a crack at goal from close quarters, before Hlatshwayo suffered the same fate in a goalmouth scramble.

Eight minutes after the players had emerged from the tunnel, Deon Hotto advanced forward, beating a couple of defenders, before his shot was cleared off the line.

With time running out, Coach Josef Zinnbauer made a couple of changes, bringing on Tshegofatso Mabasa and Wayde Jooste for Linda Mntambo and Abel Mabaso, respectively.

It proved to be an inspired change, with Jooste setting up Mabasa, who headed in for the equaliser in the 75th minute.

The right-back could have created a second just five minutes later, when another pin-point cross found Makaringe, whose shot found Vries.

In the end, the oldest rivals in South African football could not be separated once more, as they had to settle for a goal apiece again.