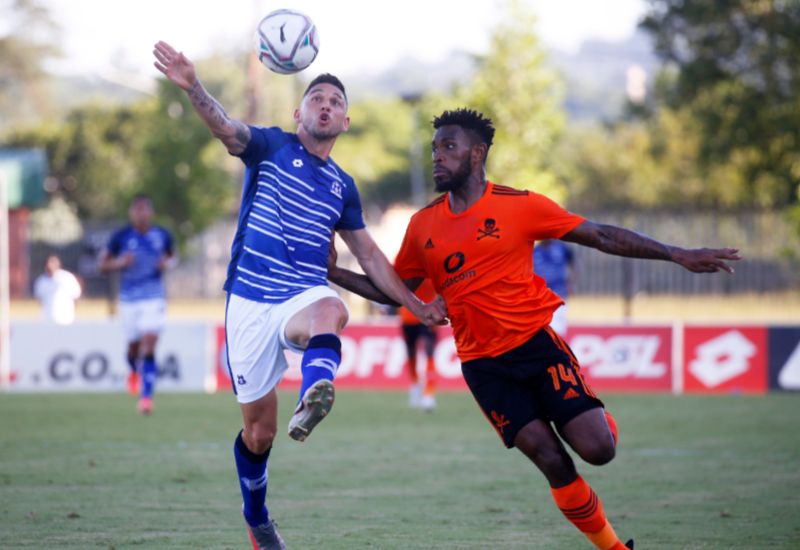 The Buccaneers came into this encounter looking for a far better display than what they had managed to show in their last two league outings.

The opening exchanges saw the visitors enjoy more of the possession through patient build-up play, with players happy to knock the ball around in an attempt to unlock the Maritzburg defence.

As they controlled matters for much of the first half, the visitors grew in confidence, creating a few chances at goal, and were eventually rewarded when Bongani Sam sent an accurate cross to Deon Hotto, who found the back of the net in the 40th minute. This was after superb work down the middle from Thabang Monare, who managed to turn defence into attack, releasing Sam out wide.

There was more intent from the home side early in the second half, with the Buccaneers forced into more defending than was the case in the first.

However, the defence was fully alert, directing many of the Team of Choice's surges into their half away from the target.

The closest the hosts came to equalising was in the first minute of injury time, when Richard Ofori made a low save to keep out Sibusiso Hlubi from close range.

At the other end, the Soweto Giants still probed, with second-half substitute Siphesihle Ndlovu curling a shot towards goal, but only missing the target by inches.

Pirates' defensive effort in the second half proved to be enough to preserve the lead, earning the Club a vital three points away from home.