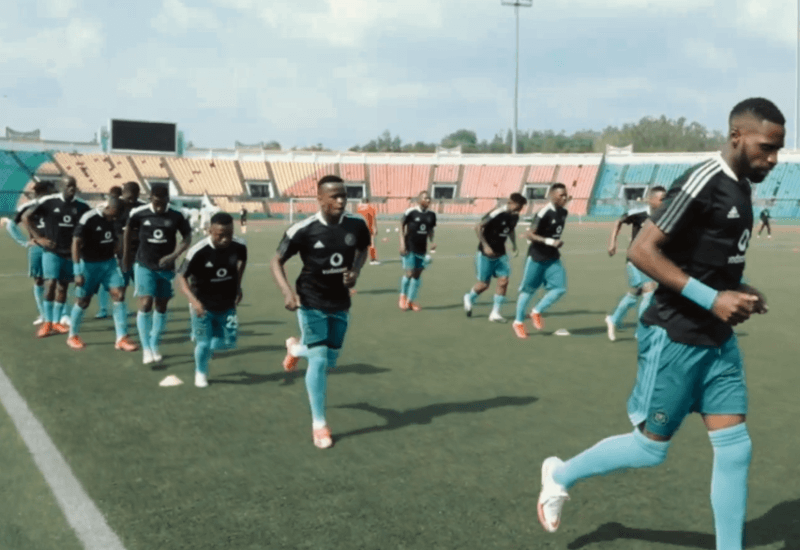 Orlando Pirates were held to a goalless draw by Congolese outfit CSMD Diables Noirs in the second round of the CAF Confederation Cup in Brazzaville on Friday.

The Buccaneers were back in the competition after finishing in the quarterfinals the last time around, and were drawn against the hosts who had taken part in the first preliminary round.

Quick off the blocks was the home side who took charge early on in the contest, spurred on by the supporters present for the occasion.

The Bucs had made a few changes to their starting lineup, most notably handing a debut to new signing Kwanda Mngonyama, who stood tall on defence along with skipper Happy Jele in the face of the home side’s constant surges into the box.

At the other end, the Buccaneers tried to advance through Tshegofatso Mabasa, who had a couple of duels with the Diables keeper, but without affecting the scorecard.

The Bucs could have gone into the break trailing after a lapse in concentration inside their own half, but the hosts only managed to send the ball across the face of goal after getting the better of the scrambling defence.

Despite the home side’s early dominance, Siyabonga Mpontshane was only really tested around the hour mark when he was tasked with keeping out a powerful volley towards goal.

Pirates also had opportunities in the last quarter, with Mabasa’s effort falling inches wide after he was located by second-half substitute Thabang Monare from a free-kick.

Another player introduced in the second half was Nkanyiso Zungu, and the midfielder didn’t hesitate in getting into the action - winning a free-kick, which was taken by Mabasa, who forced a save off the keeper.

The hosts could have stolen it in the end when Mpontshane was called upon to make a last-gasp save, but the Bucs keeper had the final say as things ended goalless in the first leg.

The two sides will have another go at it in the second leg at Orlando Stadium on Sunday, 24 October.