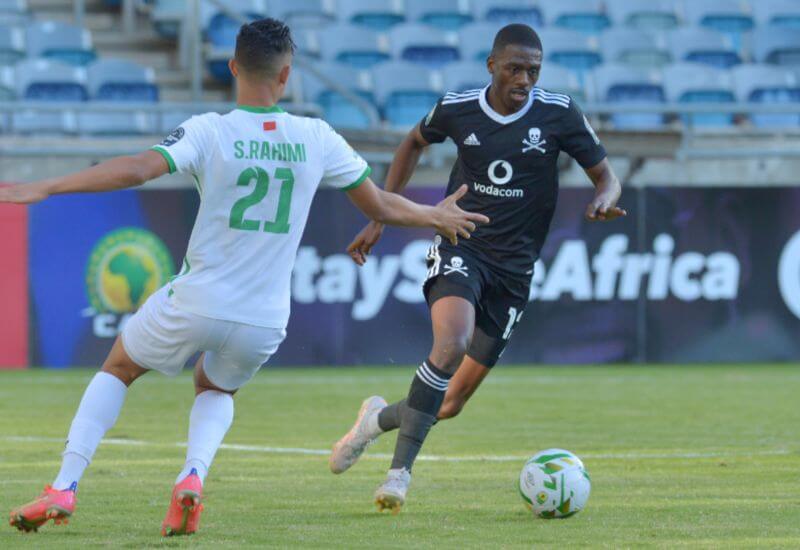 Orlando Pirates' CAF Confederation Cup campaign came to an end in the quarterfinals on Sunday, as they were soundly beaten by Raja Casablanca, who won 4-0 on the day to clinch a 5-1 aggregate win.

The tie was nicely poised, following the first leg at Orlando Stadium, which resulted in the two teams taking a 1-1 aggregate score to the Moroccan capital.

After a couple of close calls at the other end, the Buccaneers could have pulled ahead in the sixth minute as Siphesihle Ndlovu went one-on-one with Anas Zniti after being played in by Deon Hotto, but the Raja keeper came out on top by making a fine block to deny the midfielder.

Two minutes later, the hosts pulled ahead through Ben Malango, who headed in from an accurate long ball to make it 1-0.

Defender Innocent Maela got close in the 13th minute when he flicked a shot towards goal, but only succeeded in hitting the side-netting.

Zniti made another fine stop in the 15th minute - this time denying Hotto, who was released by Vincent Pule.

A further two goals were scored by the North Africans, with Soufiane Rahimi and Malango, who completed his brace, making it 4-0 just before the break.

With their work cut out for them in the second half, the Buccaneers gave a more assured display in the next 45 minutes, but without much reward.

Striker Gabadinho Mhango, who was brought in at halftime, came close when his header from a free-kick was flicked out of play by Zniti.

Another substitute, Nkanyiso Zungu, could have pulled one back as he was allowed space to shoot from the edge of the box, but sent his volleyed effort wide of the target with just five minutes on the clock.

It proved not to be the Buccaneers’ day, with the hosts doing enough in what was a torrid first half for the visitors to progress through to the semis.