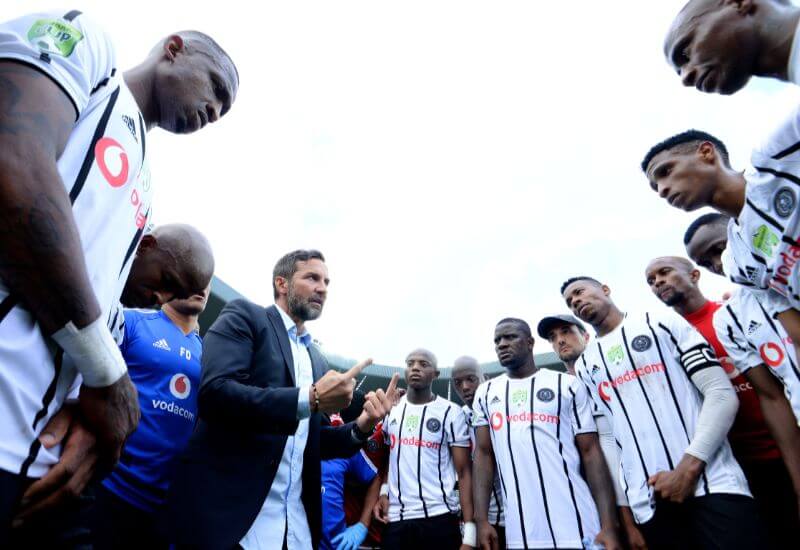 Orlando Pirates hoodoo against Bidvest Wits continued as they crashed out of the Nedbank Cup after a 3-3 draw at Orlando Stadium resulted in a penalty shootout, in which the visitors emerged victorious on Sunday.

The defeat blemished a near-perfect record in 2020, with the Sea Robbers suffering their first loss under new coach Josef Zinnbauer.

This was after a first half characterised by the hosts making most of the playing in the opposition half without much in the way of a decisive breakthrough.

Wits got their first goal against the run of play, after Victor Gomes ruled that Fortune Makaringe had handled the ball inside the box in the 27th minute.

New signing Bienvenu Eva Nga stepped up for the visitors, and sent Joris Delle the wrong way to place his side in front.

Pirates’ search for the equaliser meant that more men were sent in front, and that would eventually result in Siphesihle Ndlovu isolated against Deon Hotto, and the young Buccaneer came second best in trying to stop the Namibian international, who fired past the Frenchman to double the lead.

It could have been three-nil early on in the second half, but an unlikely source in defence in the form of Vincent Pule ensured that would not happen as he made a crucial stop inside the box.

The first shot on target in the second half came via Zakhele Lepasa, who fired straight to an alert Ricardo Goss in the 56th minute.

After a scare at the other end, Thembinkosi Lorch was on hand to make it 2-1 after receiving a pass from Luvuyo Memela, which he turned into the net via a scorcher from the edge of the box.

Cometh the hour, cometh the man, and that man was the skipper, Happy Jele, who was on hand to head a free-kick from Luvuyo Memela into the net to even things out.

Memela was the man fouled later on in the first half of extra time, as Pathutshedzo Nange pulled him down in the Wits box, conceding a costly penalty in the process.

Elias Pelembe, through his protestations, earned himself a red card and up stepped Zakhele Lepasa, who netted his first goal for the Buccaneers, which was his fifth in the Nedbank Cup to put the hosts ahead for the first time in the contest.

It was then up to Delle to provide the heroics for the rest of the encounter, and the former France youth international proved to be a rock for Pirates, until the very last minute when Gift Motupa toed one over the line to make it 3-3 with just seconds on the clock.

Penalties were what the doctor ordered, with Jele again leading from the front to hand Pirates the lead in the shootout.

Motupa was the next man to step up, sending Delle the wrong way to level matters, before Lepasa and Thabang Monare both made no difference to the scoreline.

After two assists in the game, Memela hit the crossbar, but things remained level with Delle denying Hlatshwayo, before Lorch scored on his turn.

This was before Nange again leveled matters for Wits and, with Kabelo Dlamini missing his effort, Lorenzo Gordinho was on hand to seal the victory and progression to the next round for the visitors.