Pirates Cup off to Flyer 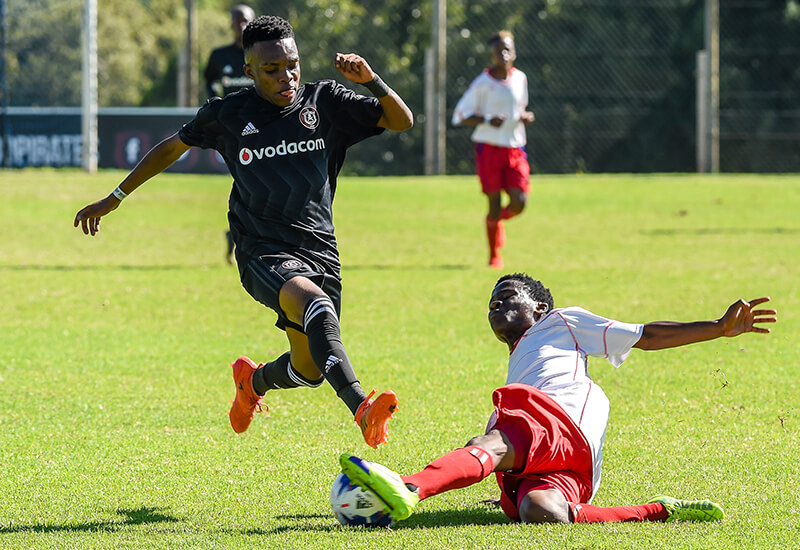 Defending champions Orlando Pirates kicked off their title defence of the Pirates Cup in emphatic fashion as they registered three victories on the opening day of the competition on Thursday.

The young Buccaneers muscled their way through Group A with a 7-0 win over One Blood in their opening game, followed by another mauling with Simunye FC bearing the brunt of the Pirates attack on the back of a 9-0 thrashing. The final match of the group saw the hosts cruise to a 4-0 win over Elspark United as they marched on to the knockout stages of the tournament.

Meanwhile in the other groups, the newly assembled TS Galaxy as well as Highlands Park signalled their intentions with dominant displays of their own as both teams qualified for the knockout stages of the competition with unblemished results from their respective groups.

However, there was no plain sailing in the ‘Group of Death’ which was contested between Senaoane Gunners, School of Excellence, Kathorus Hyper and NWU Vaal. The Soweto-based outfit snatched top spot with five points courtesy of one win and two draws in the group while School of Excellence pipped Kathorus Academy on head-to-head.

The second day of the tournament sees the likes of SuperSport United, Grassy Park United, JL Zwane and Durban FC all competing as they look to join Pirates, Highlands Park, Senaoane Gunners and TS Galaxy in the next round.

Games kick off at 09:00 and they’ll be played at the Marks Park Sports Ground in Emmarentia.

One lucky player will walk away with a cash voucher as well as a one year boot sponsorship courtesy of Adidas. Leading the goal scoring charts at the moment is Pirates striker Rodi “Ndoro” Sibanda who has netted an impressive nine goals in three games.