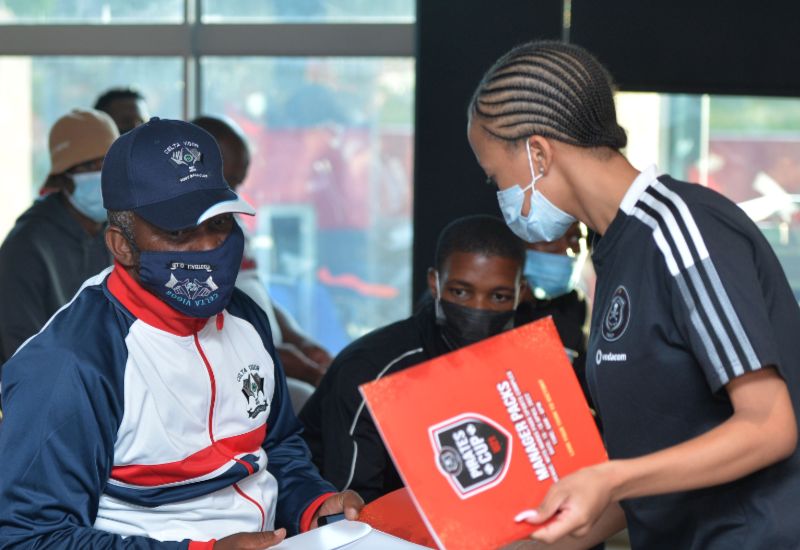 The start of the 2022 edition of the Pirates Cup is less than a week away and the participating teams have discovered who they will be playing in the opening round of the tournament.

The competition, which kicks off on Friday 15 April, concluding on Monday the 18th, returns for the first time since 2019, and has served as a springboard to greater honours for some of the country’s brightest young talents.

After all entries were tallied up, the draw took place on Thursday last week, with the teams divided to 14 groups of four.

Tournament hosts, Orlando Pirates Under-21’s were drawn in Group A, where they will lock horns with Unite Africa Development, Socca Dream and Young Boys FC.

They open their campaign against Socca Dream on Field A, with the game kicking off at 09h00, before taking on Unite Africa and Young Boys, respectively throughout the course of the day.

Other familiar names that will be on show over the Easter weekend include TS Galaxy, TUKS, and Black Leopards Development, who have all entered their youth teams in the tournament.

Galaxy headline Group E, where they will be competing alongside Balderstone Sports Institute, Amahle FC and Soweto United Academy, while TUKS are in Group J with Debunkers FC, MML, and Neasm Academy of Sports.

The group stage is scheduled to take place across the opening two days of the tournament before the knockout rounds, including the final, take centre stage on the closing day.