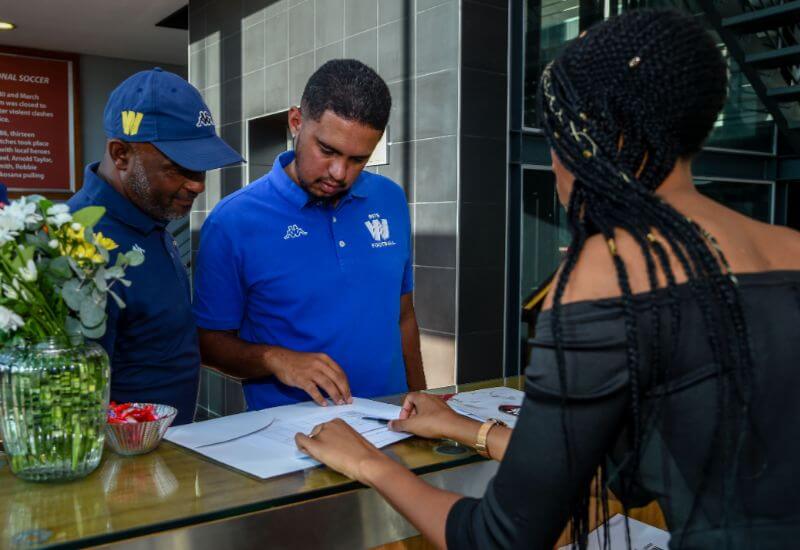 Juventus, Manchester United, Barcelona and Porto all sat in the main hall of UEFA’s Headquarters in Switzerland, waiting in anticipation as former Brazilian national team goalkeeper and Champions League winner, Júlio César, stood over the draw procedure ahead of their fates being decided in the Quarterfinal stages of professional football’s premier club competition.

Over 12 000km away, at the fabled base of Orlando Pirates, the likes of Royal Lions, Jozi Stars and Killarney Motswako were assembled to learn their group stage fate ahead of the fourth instalment of the Pirates Cup.

With less than a week to go, there is already a buzz of excitement among the U20 teams that are confirmed to participate as they count down the days before they descend upon Marks Park for what is billed to be the toughest Pirates Cup tournament yet.

After a swift and seamless briefing and seeded draw by Derek Blanckensee, the 40 teams were broken into their 10 groups, where the winners and six best runners-up will contest the knockout draw. From the Last 16 stage of the tournament, the Road to the Final will be a pre-determined path with the teams deciding who will walk it.

Speaking to Orlandopiratesfc.com after the draw, Assistant Tournament Director, Tokoloho Moeketsi, explained an increase from 32 to 40 teams in the 2019 competition.

“We have expanded the entries to allow for more teams to participate, and that expansion has seen an increase in teams from the national professional leagues as well as from outside of Gauteng. It’s going to be tougher this year, which is great for the tournament and it will also test the defending champions even more as they look to make it four-in-a-row,” said Moeketsi.

“When we started in 2016, we had a lot of ideas around building the tournament’s profile. We have a lot of learnings from the previous three editions and as we get into the fourth, we are looking forward to implementing those systems to make for a seamless and more efficient process in providing a great platform to showcase the best U20 football talent in the country.”

“It is our hope that in years to come the Pirates Cup will be able to attract teams from beyond our borders as it grows into one of the best youth tournaments out there,” concluded Moeketsi.

Draw Master Derek Blanckensee also weighed in on the procedure that unfolded at Rand Stadium on Friday evening.

“It was really encouraging to see the good turnout, including club reps who came all the way from Pietermaritzburg and Polokwane. The draw went smoothly and produced some well-balanced groups that will make for an interesting tournament. We look forward to the kickoff!” said Blanckensee.

This year’s tournament in numbers

The profile of the 2019 participants sees a spread of teams which featured prominently in previous Pirates Cup competitions, as well as some newcomers with a recent history.

Following the completion of the draw, the group stages are set as follows:

The Pirates Cup will take place at Marks Park Sports Club on 21-23 March 2019 with games kicking off at 09H00. Public access tickets are available for R20-00 at Marks Park. Follow the action on the official Orlando Pirates social media channels and interact with the games using #PiratesCup in your posts.

Good luck to all the participants!