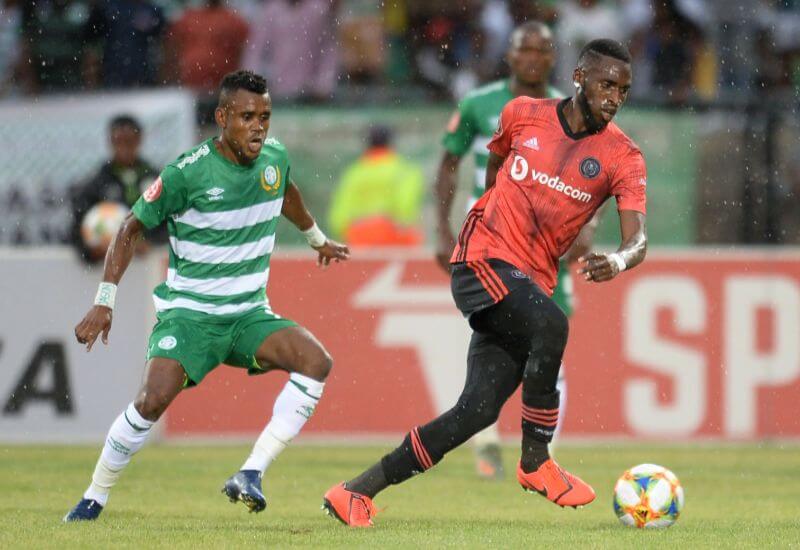 Orlando Pirates were denied maximum points by Bloemfontein Celtic in their first league fixture of the year.

The Buccaneers traveled to Dr. Molemela Stadium on Saturday for a clash against the side they beat convincingly in their season opener in August, 2019.

Head Coach Josef Zinnbauer kept lineup changes to a minimum for the encounter, bringing in Fortune Makaringe and Justin Shonga for Linda Mntambo and Kabelo Dlamini.

The wait for the opener was not a long one for the visitors, with Gabadinho Mhango bagging his second goal in as many games against his old side - his eighth in Bucs colours - to make it 1-0.

The Malawian international met a pass from Augustine Mulenga to place one past ex-Pirates shot-stopper Jackson Mabokgwane, opening the 2020 scoresheet.

The hosts could have equalized soon after, with the help of an unfortunate deflection.

A stinging shot from Mbazima Rikhotso wrong-footed goalkeeper Wayne Sandilands as it came off Ntsikelelo Nyauza, but flew onto the upright.

The away section of the crowd was jolted into celebration again in the 26th minute, but Vincent Pule's goal was disallowed, following an offside in the build-up.

Another opportunity fell the way of Phunya Sele Sele closer to the break, but Menzi Masuku's shot was comfortably dealt with by Sandilands.

The second half saw the Buccaneers denied another goal, with Fortune Makaringe finding the net this time. However a foul in the build-up to the strike meant that the joy was only short-lived as the Referee awarded a free-kick to the hosts instead.

The closing stages of the game were where Celtic found their rhythm, applying considerable pressure on the Bucs.

They were eventually rewarded with a stunning strike from Siphelele Luthuli, who curled one into the Pirates net for the equaliser.

The Soweto Giants could have found a late winner, but second-half sub Tshegofatso Mabasa could not keep his shot down, going just inches over the crossbar.

The result meant that Pirates remain fifth in the standings ahead of their away trip to Polokwane City on Tuesday.