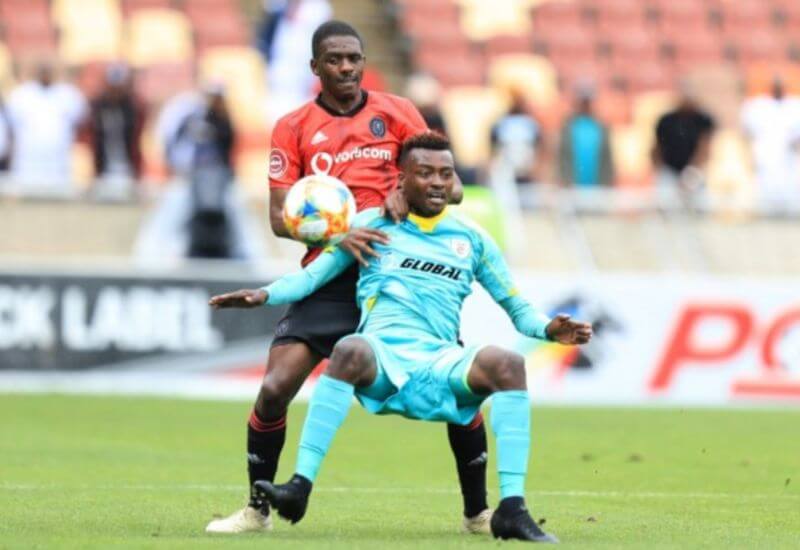 Two late goals from Baroka denied Orlando Pirates maximum points as they were held to a 2-2 draw at Peter Mokaba Stadium on Saturday.

The Buccaneers came into the game placed eighth on the log after victory in their last outing.

A tense opening period provided the visitors with their best chance early on, with Vincent Pule's free-kick meeting an alert Elvis Chipezeze in the 25th minute.

It would take them another 14 minutes to breach the Zimbabwean international's defence, through Linda Mntambo, who marked his return to the starting XI with a low shot which made it 1-0.

There was injury concern over defender Ntsikelelo Nyauza heading into the break, and the hardman did not feature for much of the second half as he was replaced by Kabelo Dlamini.

The forced change proved to be somewhat of a blessing, with the new signing bagging his second in Buccaneers colours in spectacular fashion after pouncing on a loose ball from a Chipezeze clearance. This made it 2-0 after the 55th minute.

Their first goal came from an error from Bucs skipper Happy Jele, who turned one past Wayne Sandilands in the 82nd minute, reducing the lead to one goal.

Things went from bad to worse for Pirates as Malawian international Gerald Phiri Jnr disappointed the visiting fans with a last-gasp equaliser.

This meant a share of the spoils, as the point earned bumped the Soweto Giants up to six with more Absa Premiership action still to come on the weekend.