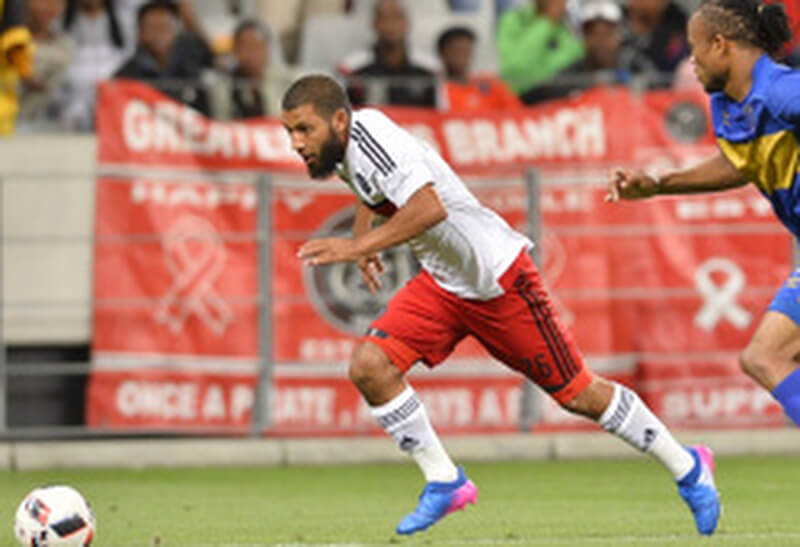 Cape Town City were denied the full three points when they drew 2-2 against Orlando pirates at Cape Town Stadium on Saturday night.

Their goals came through Roland Putsche and skipper Lebogang Manyama, while Dove Wome and Riyaad Norodien netted for the visitors.

In the wake of the stalemate, Eric Tinkler's men now sit at No 2 with 32 points from 18 matches in their league campaign.

The hosts started like a house on fire in the first five minutes when they combined towards the final third and Sibusiso Masina's attempt went straight to a well positioned goalkeeper, Brighton Mhlongo.

However, in the eighth minute the Buccaneers tried to respond with midfielder Wome trying a long range shot, but he failed to trouble keeper Shu-Aib Walters.

After 20 minutes of good football by both camps, Wome scored after a pass from Luvuyo Memela as the winger cut through Robyn Johannes down the right flank, and laid the pass for the Togolose to finish easily from close range.

The City Boyz tried to find a quick response in the 28th minute from a set piece, but Aubrey Ngoma's attempt in the box went wide.

Lehlohonolo Majoro came close to cancelling out Wome's goal on the stroke of halftime when his low attempt in the box hit the upright allowing the visitors to clear the threat.

Pirates went to the tunnel leading 1-0.

The second stanza got underway and was an end to end affair with Manyama trying a half volley on the d-line which went straight into Mhlongo's hands in the 58th minute.

One minute later, Putsche pulled one back for the hosts when he struck a bullet in the penalty area to beat Mhlongo on his top corner following a lay off from substitute Judas Moseamedi.

Majoro wanted to have his name on the scoresheet in the 69th minute as he produced a classy first touch in the box and turned with a shot to narrowly hit the wrong side of the net.

With four minutes to go, Manyama made it 2-1 as the skipper received a pass from Moseamedi right in the penalty area, and smashed a powerful shot into the net giving Mhlongo no chance.

As City thought they bagged the three points, substitute Norodien made it 2-2 in the injury time with a long range effort as he pounced from a poor clearance by the hosts to secure a point for the Soweto giants.

Augusto palacios' men remain at number 10 on the log table with 20 points.