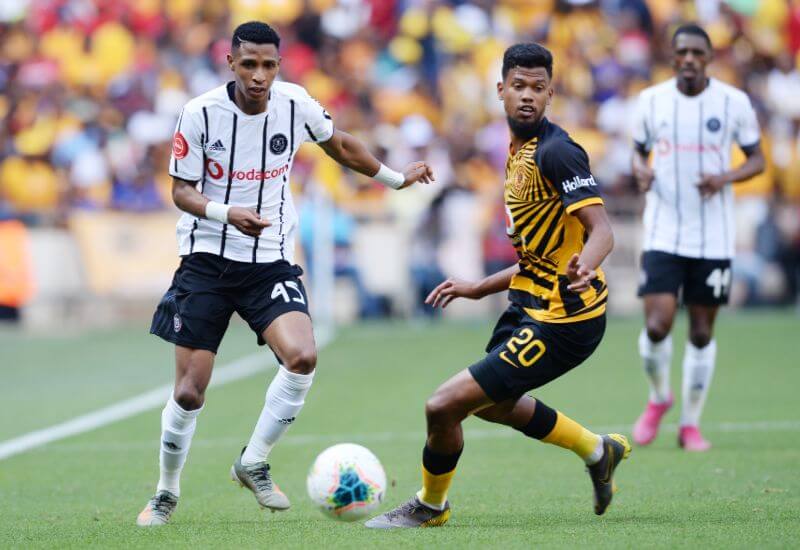 Orlando Pirates were on the wrong end of a thrilling five-goal spectacle in the Soweto Derby against Kaizer Chiefs at FNB Stadium on Saturday.

The Buccaneers lost 3-2 after clawing their way back from going two-down in the first half in front of a sell-out crowd in the home of SA soccer.

The Buccaneers couldn't have wished for a worse start than what happened in only the first minute. Skipper on the day, Ntsikelelo Nyauza made an unwanted feature in the scoreboard, as miscommunication between him and goalkeeper Wayne Sandilands resulted in an own goal that put Amakhosi ahead.

A quick response was required, and it could have manifested if not for the upright at the other end, which kept Fortune Makaringe out.

That proved to be the closest Pirates got to goal until a decisive moment at the other end, as Leonardo Castro got on the end of a corner kick in the 28th minute, leaving Sandilands rooted on the spot for Chiefs' second goal.

The Buccaneers would, however, half the two-goal cushion in remarkable style, with Vincent Pule pulling one back from a tight angle.

After a foul on Gabadinho Mhango, Pirates were awarded a free kick near the corner flag. Pule stepped up and shot directly into goal, catching Daniel Akpeyi off guard to rattle the net and keep the visitors in the hunt.

The second half started more in the same vein with the Buccaneers enjoying some ascendancy.

A chance to draw level fell in the way of the visitors, but the woodwork proved to be decisive once more, this time denying Thembinkosi Lorch a chance at an equaliser.

The post denied Pule later on, but the Buccaneers faithful did not have to sulk for too long, with Mhango drawing level seconds later, finding his second goal in as many goals against Chiefs.

With Pirates on the front foot, the Malawian forward was proving what an inspired signing he was, almost getting close to a second goal in the encounter.

The Buccaneers' good work to pull level was undone minutes before the final whistle, as Paseka Mako's challenge on Bernard Parker was deemed worthy of a penalty, with just six minutes remaining on the clock.

Daniel Cardoso, who scored from the spot in the Telkom Knockout, secured his third consecutive derby goal in similar fashion to pull Amakhosi ahead once more.

After Chiefs were reduced to 10 men, following a red card to Erick Mathoho, the next action of the game saw Justin Shonga try his hand from a dead-ball situation, but the Zambian could not draw level.

That proved to be costly, as the final whistle sounded moments later, confirming an end to Pirates' five-year dominance in the fixture.