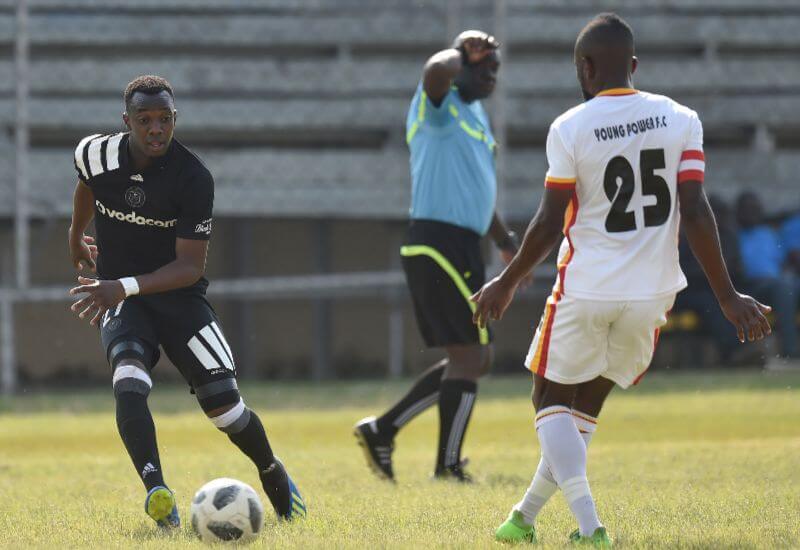 Orlando Pirates seems to be on track with their pre-season preparation after another dominant display, to not only raise the spirit at camp, but also give the Technical Team a glance into what lies ahead with regards to the integration of the new players and their understanding of the Club’s game model.

The Bucs took their Zambian roadshow to Kitwe on Sunday, where they participated in back-to-back friendlies against Power Dynamos and a Ndola Select XI, both at the Arthur Davis Stadium.

The Kitwe locals turned out in numbers to support the afternoon fixtures, and it was evident from early on who they were supporting as the Bucs were quickly into their stride.

In the first match against Power Dynamos, it would be the Zambian international, Justin Shonga, who would break the resolve by calmly slotting home from the penalty spot in the 24th minute to give the visitors the lead. For much of the first stanza, Pirates dominated possession and created a number of goal-scoring opportunities but failed to connect in the final third. Dynamos equalised towards the end of the first half with a soft goal against the run of play, before coming close with the best chance of the second half as their set-piece rattled the crossbar and rebounded back into play.

In the second match against Ndola Select XI, the Buccaneers stepped up a gear, winning the match by four goals to one. Justice Chabalala found the back of the net as early as the 6th minute, connecting a well-executed setpiece delivered by Thabo Qalinge, to head the visitors into the lead. Throughout the match the Buccaneers proved to be the more dominant sides, using their pace, accurate passing and high pressure to their advantage in controlling the match. The goals soon began to flow with regularity as Zakhele Lepasa, Thamsanqa Gabuza and provider-turned-scorer Qalinge to the team’s four goal tally. Ndola Select’s solitary goal came from the penalty spot in the first half.