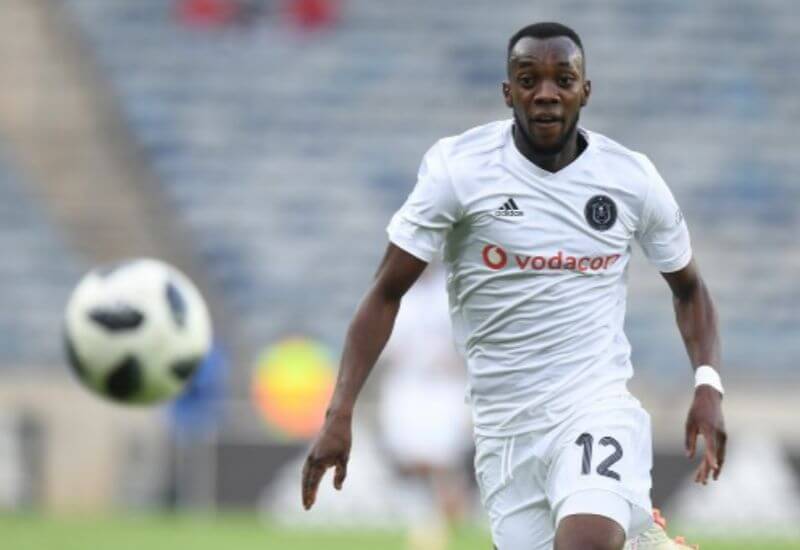 Orlando Pirates kicked off their 2018 CAF Champions League campaign with a lacklustre goalless draw with FC Platinum in a Group B match played in Bulawayo on Saturday afternoon.

The Buccaneers who came into this encounter with a perfect opportunity to claim an early advantage in the group following the 1-all draw between Horoya and Esperance the night before, failed to capitalise as they were held by the Zimbabwean champions at a packed Barbourfields Stadium.

This is the second time in this years’ installment of the competition where the club has failed to find the back of the net which will most likely concern the technical team going into the next match.

On paper the home side may have appeared as underdogs but on the field they made their presence felt from the start as they pinned the Buccaneers back for the opening minutes of the game.

The first real chance of the match however, fell for the visitors in the 10th minute albeit against the run of play. Shonga – who was deployed as a lone striker, received a pass in the box from Lorch but unfortunately his shot lacked power to threaten the FC Platinum keeper.

Not to be outshone by their more illustrious opponents, FC Platinum reacted with a chance of their own three minutes later. Kelvin Madzongwe unleashed a thunderous shot from range but Jackson Mabokgwane was on hand to parry the shot away for a corner kick.

Platinum were at it again shortly afterwards but Devon Chafa blew his golden opportunity to hand the hosts the lead when he fluffed his chance by shooting straight into Mabokgwane’s hands after being left unmarked inside the box.

Pirates was awarded a free kick on the stroke of half time. But Mhari – the FC Platinum keeper,denied Shonga his goal with a superb dive to his right.

Teams went into the break with the score line at 0-0.

The second half produced little action with the only meaningful event being Musa Nyatama’s booking towards the end of the match. Neither team was able to have a shot on target in the second stanza as chances dried up.

It doesn’t get easier for Micho and his charges as next up they play host to FC Horoya next week Friday.

The Guinean outfit, who have become regular participants in the CAF Champions League, have shown their pedigree in the competition, having ousted Mamelodi Sundowns in the group stages last year and also coming within minutes of defeating defending champions Esperance in their opening match on Friday.

Esperance Tunis needed a last ditch equaliser courtesy of a Anice Badri strike to claim a point away from home.