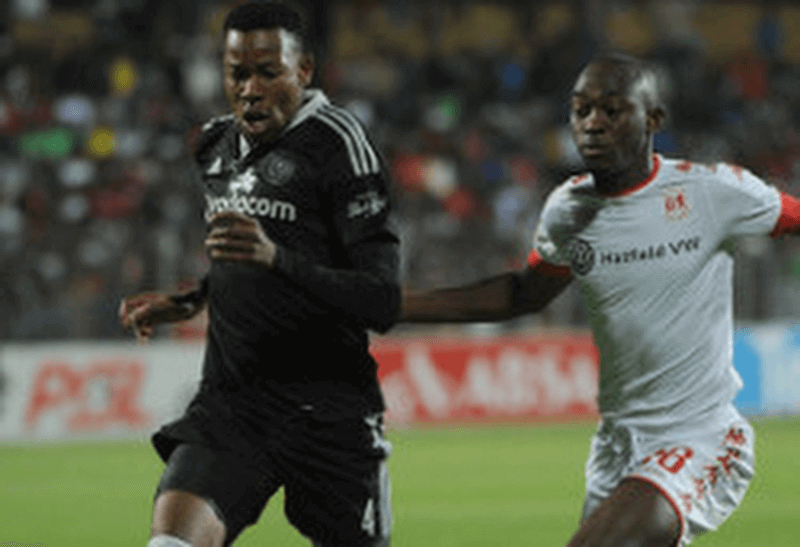 Highlands Park and Orlando Pirates played to a goalless stalemate in their Absa Premiership match at Makhulong Stadium on Saturday night.

In a game which was not short of attacking endeavour, neither side was able to find a way to goal. The result sees the Lions of the North rise off the foot of the table on goal difference (they leapfrog Baroka FC), while the Buccaneers remain in ninth place.

Highlands started the match strongly and forced Pirates onto the back foot from early on. In the 17th minute they created a fine chance when Peter Shalulile sprung the offside trap, but he blazed his shot high and wide.

The Soweto side responded well to the early pressure and began creating chances of their own: in the 18th minute Issa Sarr pulled a shot narrowly wide, while just past the midway point of the first half Oupa Manyisa was denied at close range by Tapuwa Kapini.

Highlands almost broke the deadlock in injury time before the interval, with Franklin Cale getting the better of Siyabonga Mpontshane with a shot direct from a free kick, only to see the ball rebound off the crossbar.

Pirates created the first chances of the second half, with Highlands’ goalkeeper forced into two saves in quick succession to deny Abbubaker Mobara and Mpho Makola a few minutes after the restart.

Just a couple of minutes before the hour mark Cale threatened again for the hosts, as he got on the end of a fine cross from Siyabonga Nhlapo but was unable to keep his diving header down.

The Buccaneers looked the more adventurous and dangerous in attack in the final phase of the match, but they were unable to really threaten Kapini’s goal, leaving the game to finish all square.