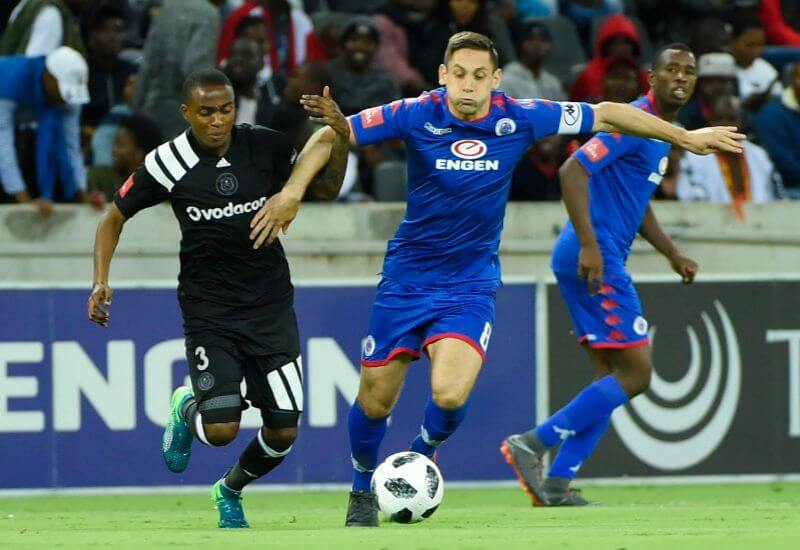 After 180 minutes of football played there has been little to separate Orlando Pirates and SuperSport United as they played out to their second goalless draw of the season in an Absa Premiership encounter which was played at Mbombela Stadium on Wednesday night.

With this draw, Pirates are now three points behind log leaders Mamelodi Sundowns who have a game in hand.

The teams traded a multitude of chances through the first half, though there were a few which stood out as great opportunities to take the lead.

On 14 minutes SuperSport’s Teboho Mokoena played a great ball into the penalty area to find a late run from Aubrey Modiba, but the midfield’s flicked header flashed over the crossbar, much to goalkeeper Siyabonga Mpontshane’s relief.

Midway through the first half, at the other end of the field, Clayton Daniels completely missed a cross from Innocent Maela and Justin Shonga reacted well to control the unexpected ball, but then stabbed a shot wide of the target from just a few metres out.

Bucs midfielder Mpho Makola then hit the woodwork twice – in the 34th and 36th minutes – as he rattled the crossbar with a long-range effort, before redirecting a low cross from Thembinkosi Lorch onto the base of the far post.

Pirates continued to pile on the pressure early in the second half and United needed goalkeeper Ronwen Williams to make a finger-tip save to keep out a deft chip from Luvuyo Memela in the 51st minute.

The visitors had a major scare in the 70th minute when Mpontshane allowed a tame effort from Thuso Phala to slip through his fingers – luckily for the ‘keeper the ball trickled just wide of the target.

The remainder of the match was a frustrating time for Bucs, who dominated play but were unable to find a way through Matsatsantsa’s resilient defence. Even the introduction of Augustine Mulenga and Thabo Qalinge off the bench didn’t help the visitors find the breakthrough.