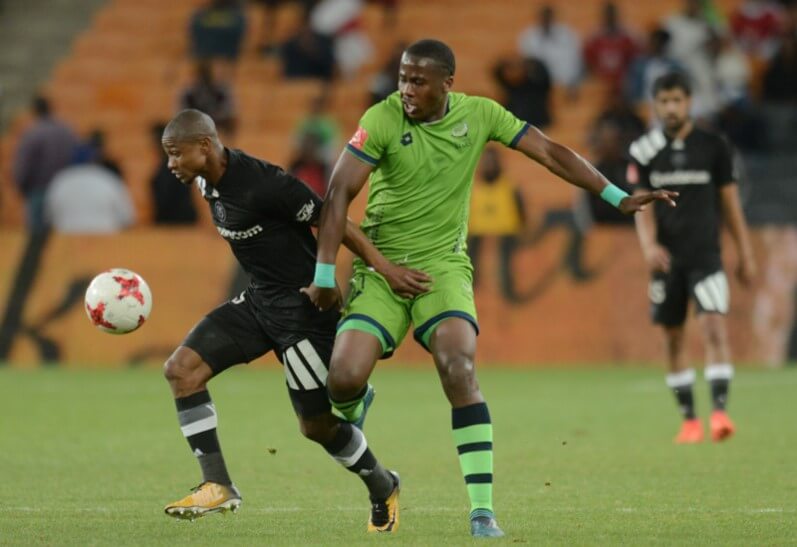 Orlando Pirates have now failed to win in three matches after the draw against Platinum Stars on Wednesday night.

A goal from Bonginkosi Ntuli in the 48th minute cancelled out Thabo Matlaba's opener and provided Stars a much needed point in the Absa Premiership as they drew 1-1 at the FNB Stadium.

After a bright start by the visiting side, Pirates tried to force an error on Stars in the first eight minutes and goalkeeper Dino Visser cleared the ball from Mpho Makola's path, whose attempt went straight to the keeper.

The Buccaneers regained the possession in the 14th minute and Thamsanqa Gabuza could not lower his well-struck effort in the penalty area, following a great cross from the left.

Both camps attacked towards the 20th minute and Dikwena's Enocent Mkhabela attempted to test Wayne Sandilands from a distance, but the midfielder’s effort sailed wide in the 19th minute.

As Visser became the busier of the two keepers towards the end of the opening half, fellow debutant Katlego Otladisa saw his effort going wide of Sandilands's crossbar in injury time.

A minute into the second half, Matlaba took matters into his own hands and beat his marker before rattling the roof of the net with a powerful left-footed shot.

Two minutes later, Ntuli made it 1-1 after shielding the ball from Abbubaker Mobara in the box from a through ball to slot it home beyond Sandiands.

Visser was called to produce a fine finger-tip save to deny Qalinge from close range in the 52nd minute, after a dangerous ball was whipped in from the right wing.

Before the hour mark, Milutin Sredojevic's men received a set piece on the edge of the box and Makola's curler hit the crossbar, with Visser beaten.

The Soweto giants looked threatening with 20 minutes to go as they probed for their second goal and Visser once again stood firm between the posts to deny Gabuza's powerful header from the near post.

Both sides made attempts to grab a winning goal, but there was no luck and Pirates now sit in third spot with 13 points from eight games.