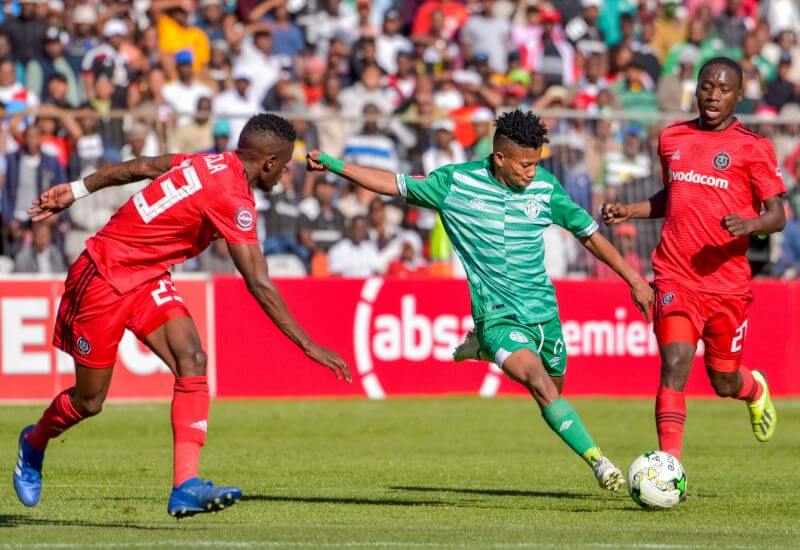 Orlando Pirates went to Bloemfontein looking to bounce back from their defeat to Bidvest Wits in midweek but instead of rebounding from that 1-0 defeat, Micho Sredojevic and Rhulani Mokwena’s men went down to the same margin against Phunya Sele Sele, leaving them five points adrift log co-leaders Wits and Celtic.

With the second consecutive match where Orlando Pirates have dropped vital points, the technical team who have all the arsenal at their disposal, will need to use the next ten days to change the team’s fortunes ahead of their match against Black Leopards which is scheduled for August 29.

It was a slow start to the game with both sides squandering possession easily which resulted in rare chances being created in the final third.

The first decent scoring opportunity came in the 15th minute when Innocent Maela made some space for himself on the edge of the box, but his shot sailed inches over the Celtic crossbar.

Three minutes later though Celtic took the lead after a header from Alfred Ndengane at a corner kick struck the woodwork. This resulted in a goalmouth scramble before Bongani Sam poked the ball home from close range.

Pirates nearly drew level in the 22nd minute when a left-sided freekick found Thamsanqa Gabuza unmarked at the back post, but his effort skimmed the wrong side of the post.

Gabuza turned provider five minutes before the break when he played Mpho Makola in behind the defence, but with just the keeper to beat the Pirates man fired over the crossbar.

The Buccaneers dictated terms at the start of the second half, but they struggled to create any significant goalscoring chances.

On the hour mark Gabuza got onto the end of an accurate right wing cross, but his ten-yard header went narrowly wide of the Celtic goal.

Celtic came close to finding a second in the 78th minute when a long range shot from Ryan de Jongh went just wide of the target.

Pirates almost rescued a point at the death when Happy Jele met a corner kick with a powerful header, but his effort was cleared off the goal line as the match ended 1-0 in favour of the home side.