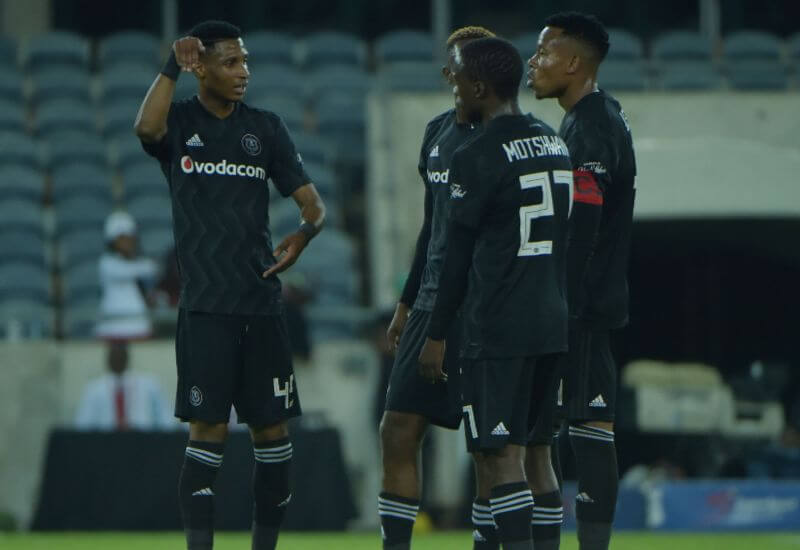 Orlando Pirates were denied an opportunity to equal log leaders Bidvest Wits on points as they were held to a 1-all draw by Baroka FC in an Absa Premiership clash played at the Orlando Stadium tonight.

The hosts came into this encounter trailing The Students by three points and instead of it becoming a game to bag maximum points, the Buccaneers ended up fighting for a single point which they duly got towards the end of the match thanks to some late heroics by Vincent Pule.

Pirates started with attacking intent and created several early chances, but were unable to capitalise on them. The hosts were then punished in the 13th minute, when Matome Mabeba scored with a brilliant strike direct from a free kick to put Baroka 1-0 up.

The Buccaneers controlled the remainder of the first half, but were unable to create many clear-cut chances despite their dominance.

The best opportunity went the way of Linda Mntambo near the interval, but he was unable to test Elvis Chipezeze in the Baroka goal.

Pirates made a tactical change at the start of the second half, replacing hard-working midfielder Ben Motshwari, who was making his return in a month, with the more attack-minded Thembinkosi Lorch, and they looked to up their intensity in the final third.

Ten minutes after the restart Justin Shonga nearly came up with a great equaliser, pulling down a difficult ball on the edge of the penalty area before sending a volley just over the crossbar.

The Soweto giants then almost forced an own goal with just under a quarter hour of regulation time remaining, as Baroka’s Abdi Banda inadvertently directed a low cross toward his own net, but Chipezeze was on hand to make the save.

Pirates’ pressure finally paid off in the 83rd minute when Vincent Pule got on the end of a cross from Augustine Mulenga and placed a superb header beyond the reach of Chipezeze to make it 1-1.

Bucs pushed for a winner in what remained of the match – including over 10 minutes of injury time – but they were unable to find another way through the Limpopo side’s defence.