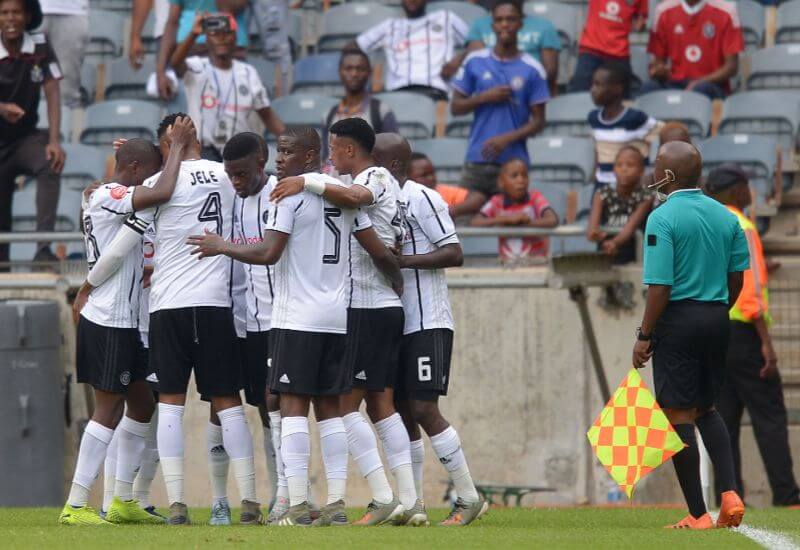 New coach Josef Zinnbauer got the perfect start to his Orlando Pirates career, with his charges bagging all three points against Black Leopards at Orlando Stadium on Saturday afternoon.

The Buccaneers negated and overturned a brief surge from the visitors, who were quick to equalise early in the second half to pose a threat to the home side.

Inside the first three minutes, the Leopards box had been heavily populated with some black and white colours, but without a decisive effort at goal.

Wayne Sandilands, at the other end, also had to deal with a shot fired in anger, but the ball evaded his despairing dive as it sailed well over the bar.

The breakthrough would come via an unlikely source in defender Innocent Maela, who was on target in the 22nd minutes to give the Buccaneers a deserved lead.

Despite a dominant first half, the hosts went into the break just one goal in front, and were eager for the second in the next half.

However, Lidoda Duvha levelled matters on the hour mark, with a player who's donned the famous black and white before getting on the scorecard.

Mwape Musonda provided the equaliser for the visitors, piling more pain on his former side after directing the dangerous Lesedi Kapinga's pass into the net.

Things would however not remain deadlocked for too long as, after just three minutes, Gabadinho Mhango grabbed his fifth of the league season.

Five soon became six as the Malawian international placed the Soweto Giants further ahead with another strike, this time from the spot, following a foul from keeper, Jonas Mendez.

With the Buccaneers facing a huge task in the next half of the season, a positive result was almost negotiable, and the men in the middle provided just that to ensure that there was to be no serious late-game jitters for the side, who walked off with maximum points in their last game of the year.

For Pirates, the league resumes away to Bloemfontein Celtic on Saturday, 4 January 2020.