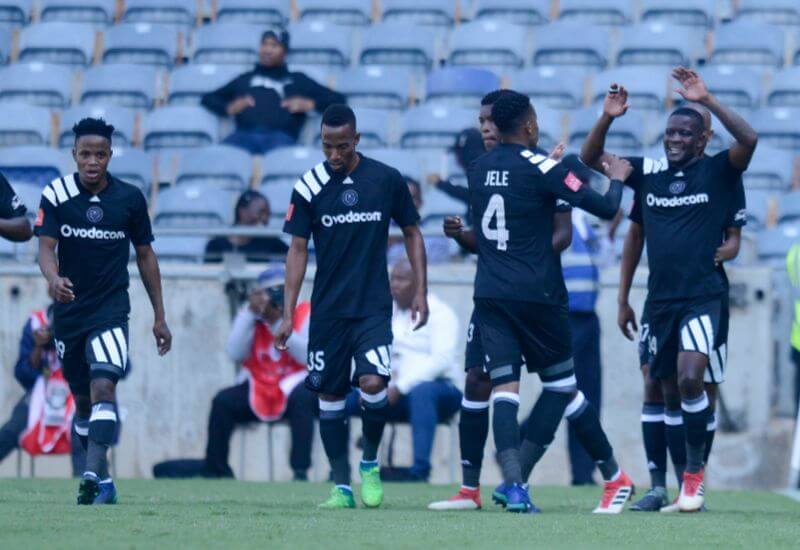 Orlando Pirates have finished the 2017/18 Absa Premiership campaign on a winning note when they registered a 2-1 win over Free State Stars at Orlando Stadium on Saturday.

Though the result was of no consequence to the Buccaneers – who were set to finish runners-up regardless – they will still be happy at having ended their campaign on a positive note.

Pirates looked more likely to score between the two teams in the early stages, but they had to wait until the 22nd minute to take the lead, with Ntsikelelo Nyauza getting on the end of a corner kick to direct a header into the top corner of the net.

Sadly for the Bucs goal-scorer he succumbed to a thigh injury just over 10 minutes later and was replaced by Gladwin Shitolo. But even with the disruption in their defence, Pirates were able to see out the half and take a 1-0 lead into the break.

Stars hit back just six minutes into the second half, with a free kick flicked on by Paulus Masehe to find Nhlanhla Vilakazi, who marked his final Ea Lla Koto appearance by sending a low shot beyond Wayne Sandilands to make it 1-1.

The visitors looked to claim the lead for the first time on 63 minutes, with Goodman Dlamini shooting on target from long range, but Sandilands scrambled across his line to palm the ball away for a corner kick.

Bucs reclaimed the ascendancy in the 85th minute. Justin Shonga’s long-range shot was parried by substitute goalkeeper Badra Ali Sangare into the path of the onrushing Thamsanqa Gabuza who pounced on the loose ball to make it 2-1.

The hosts end the season on 55 points – an impressive 22 points more than what the team achieved last season. With this finish, Pirates have also qualified for the CAF Champions League.