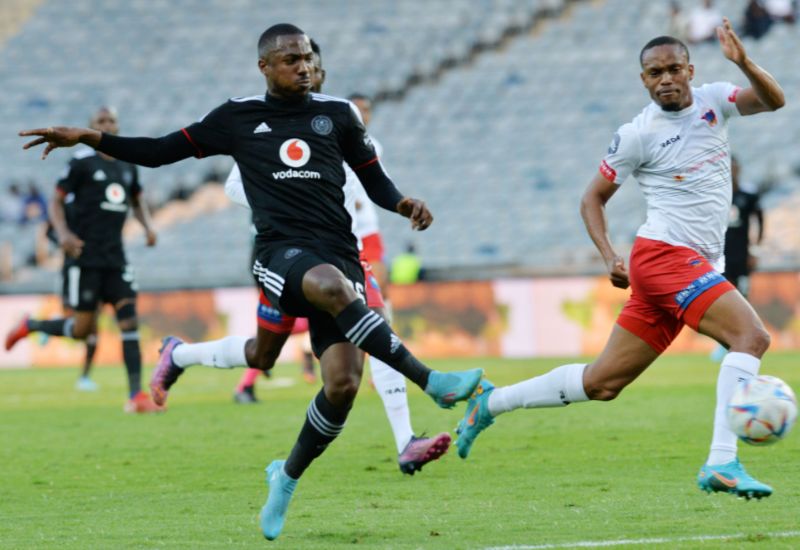 Orlando Pirates endured a frustrating evening on their return to the DStv Premiership, as they played to a goalless draw against Chippa United at Orlando Stadium on Wednesday.

Retaining the starting lineup that helped secure passage into the CAF Confed Cup semifinals, the Buccaneers were now on the hunt for three crucial points with the league campaign well and truly in its final stretch.

Their pursuit started promisingly as they dominated early possession, getting close to taking the lead five-minutes in when Terrence Dzvukamanja had two cracks at finding the net from close range, but was denied by a doubles-save from Loydt Kazapua.

The hosts continued to control matters, and had another opportunity in the 16th minute through Kwame Peprah, who leapt high inside the box before misdirecting his header.

They spurned two further chances in similar fashion, with Captain Ntsikelelo Nyauza heading wide in the 30th minute after Deon Hotto delivered one into the penalty area from a free kick, before the Namibian international connected with Dzvukamanja through another set piece, which resulted in another wayward header.

As was the case over the weekend, Linda Mntambo replaced Abel Mabaso on the stroke of halftime, and the new man was central to Pirates’ first real chance of the second half when his lovely through-ball found Hotto, who was let down by his first touch.

There was a lot more purpose to the Buccaneers’ approach as they committed men forward to contend with Chippa’s numbers at the back, but the opening goal remained elusive.

The deadlock was almost broken with the introduction of Tshegofatso Mabasa, who was denied from point-blank range in the 72nd minute, seconds before Nyauza tried his luck from a distance, with his stinging shot comfortably dealt with by Kazapua.

The Chippa shot-stopper continued to enjoy a good evening as he came out on top in  a one-on-one situation with Thembinkosi Lorch with a dozen minutes remaining on the clock.

That was followed by another stunning save at the other end, with Richard Ofori getting enough on the ball to send a well-struck shot from Benvienu Eva Nga crashing into the crossbar.

The battle between Nyauza and Kazapua continued, with the Bucs defender forcing another vital save from the keeper, and that would be the last real opportunity for the home side, who earned a point which takes them up to fourth place with four league games left to play.