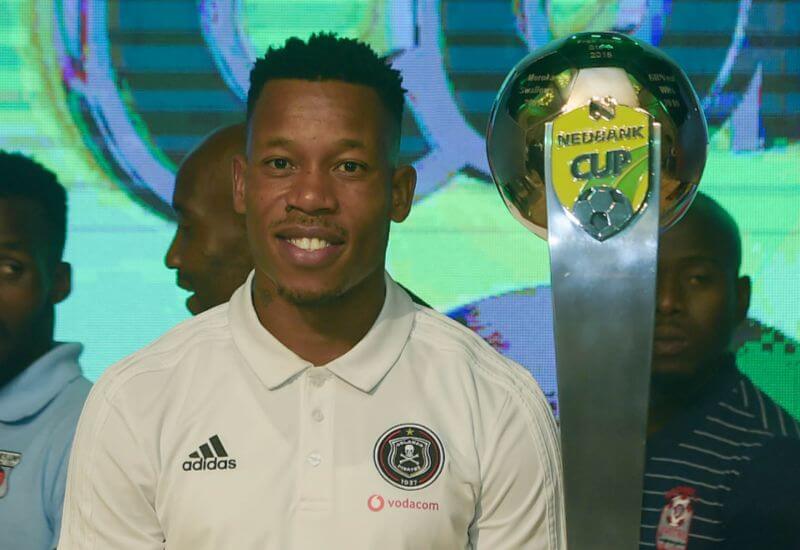 Orlando Pirates will travel north to face Black Leopards in the Last 32 of the Nedbank Cup. This was revealed during a live draw held at the Nedbank headquarters in Sandton on Thursday evening.

This will be the second time these two teams meet this season following Pirates’ 2-1 victory in the league in August.

The Buccaneers and Lidoda Duvha have faced each other four times in cup competitions in the last 13 years – twice in the League Cup (Telkom Knockout) and twice in the National Cup (Nedbank Cup) – with the Soweto Giants winning all four encounters. However, despite the dominance over their counterparts, captain Happy Jele has heeded caution ahead of this upcoming Last 32 encounter.

“It doesn’t matter where Leopards are on the league table because when it comes to cup games there are no easy matches,” said Jele.

“We have already played them this season in the league so we know what to expect. We also know the challenge that lies ahead because they proved in the league match that they are no pushovers.”

“Furthermore, we will most likely play them in Giyani so obviously the heat might be a factor on the day but we are professionals and we have played in worse conditions in continental cup competitions.”

Rest of the Last 32 draw

Five wins! That’s the number of games it’s going to take for the lucky team to walk away with the coveted trophy and biggest domestic knockout competition on the continent. The Nedbank Cup is the South African equivalent of the famed FA Cup in England, where the competition allows the so-called smaller teams an equal opportunity

to compete for the same title with their much-celebrated professional counterparts.

Traditionally, the initial draw of the Last 32 is kind to the teams in the Premier League. However, this year the soccer gods have decided to spice things up a little with a few interesting encounters, most notably: Pirates v Leopards, Cape Town City v SuperSport United, and Chippa United v Mamelodi Sundowns. The complete draw:

The dates and times will be confirmed by the Premier Soccer League in due course.