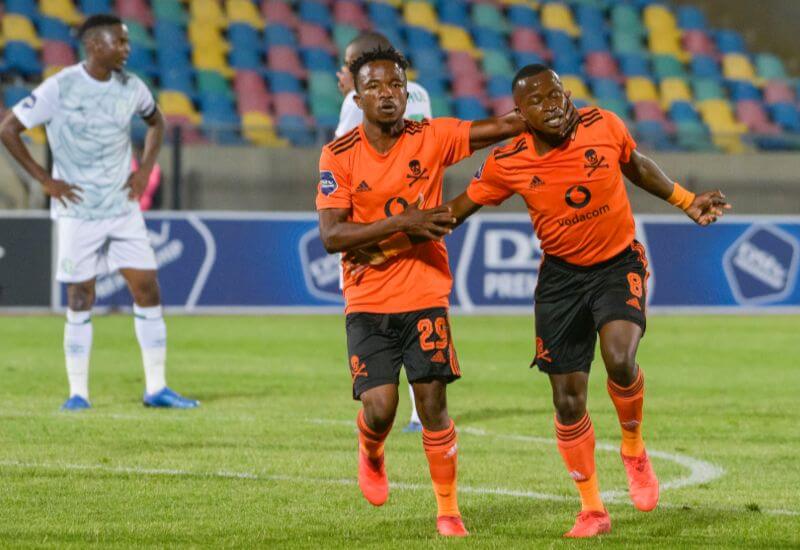 Orlando Pirates claimed their first three-point haul of the season through a 1-0 victory against Bloemfontein Celtic in what was a bruising encounter at Dr Molemela Stadium on Wednesday evening.

In the absence of regular mentor Josef Zinnbauer, the Buccaneers were in the capable hands of Assistant Coach Fadlu Davids for the clash.

A subdued start in terms of goal-mouth action was not without serious concern on the part of the visitors, as Thembinkosi Lorch - goal scorer on the weekend - had to be hauled off with what was later confirmed to be a knee injury with just 12 minutes on the clock.

Vincent Pule was the first Pirates player to come close to opening the scoring in the 21st minute, but his shot down the left crashing into the side-netting.

The best chance of the half fell to Celtic, but came to nothing as both sides headed into the break deadlocked at 0-0.

The second half began with Pirates on the ascendancy, as skipper Happy Jele's glancing header fell just inches short of putting the Soweto giants ahead.

Just as they began the first 45, the visitors had another worry for the visitors, who had a second player stretchered off in Terrence. Dzvukamanja. Siphesihle Ndlovu was the man brought on in his place.

The injury setbacks did not hamper the Buccaneers' ability to surge forward, and Pule was again on the clear to unleash a shot from range, which had enough venom on it to force Sipho Chaine into a fumble, but there was no one to collect the rebound and make it count.

After a hard toil, Pirates took the lead rather spectacularly in the 78th minute through a long-range effort from one of the forced substitutions in Ndlovu, who received the ball out of the box from fellow sub Paseka Mako, and left Chaine rooted on the spot as the ball fizzed to the back of the net.

The last ten minutes were fraught with danger for the Buccaneers, with Harris Tchilimbou and Justice Chabalala forcing saves of Richard Ofori from close range.

The Soweto Giants survived the onslaught to edge the hosts for their first league win of the season.