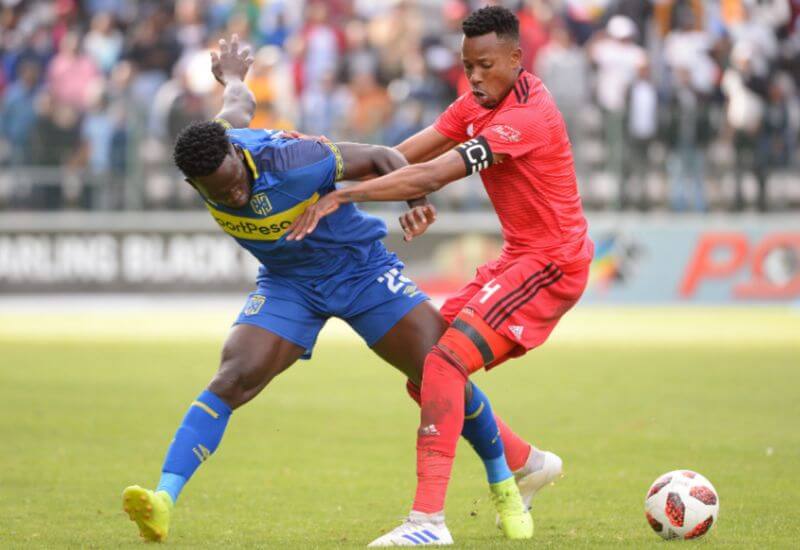 Orlando Pirates have moved one point clear at the top of the Absa Premiership table following their 2-all draw with Cape Town City at the Athlone Stadium on Saturday afternoon.

Zukile Kewuti opened the scoring for the hosts with 20 seconds on the clock after the game was delayed by 15 minutes to allow those still streaming onto the stands to take their place.

Martin stripped Pirates of the ball from the kick-off and after a mad scramble inside the area, which included a costly error by Marshall Munetsi, Kewuti fired into an empty net to stun the Ghost.

Pirates hit back in the 16th minute through Thembinkosi Lorch. Musa Nyatama's precise ball beat the offside trap as Lorch darted in behind before guiding the ball home with a neat finish.

The Buccaneers completed their turnaround five minutes after the break. Peter Leeuwenburgh denied Lorch on two occasions, but could do nothing to keep out Memela who saw his initial effort cleared by Taariq Fielies, before picking his spot at the second bite of the cherry.

Martin, though, would pull the teams level once more in the 84th minute following a lapse of concentration at the back for the visitors.

Thato Mokeke delivered a pin-point cross into a dangerous area and onto he head of his flying teammate who nodded home from close range.

Riyaad Norodien almost delivered the killer blow in added time, but Wayne Sandilands pulled off a superb save to keep out the former Buccaneers winger's rasping free-kick, in a moment that could still define the Soweto Giants’ season.