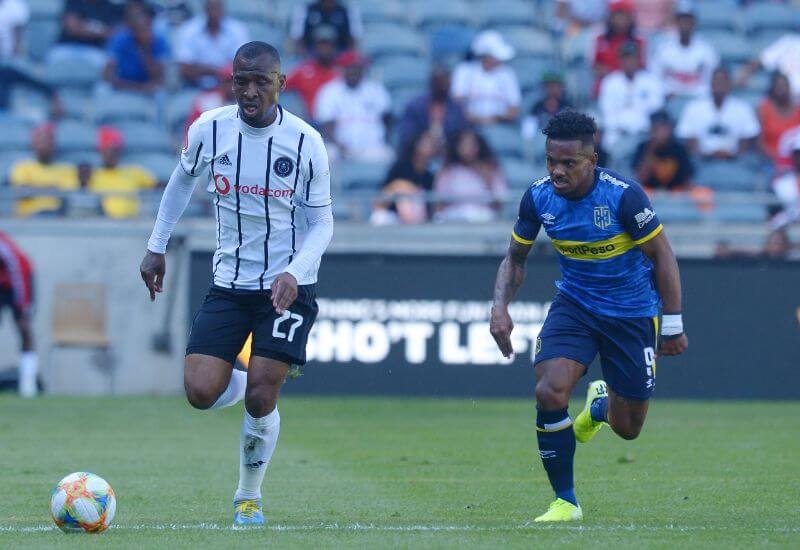 Orlando Pirates scored three times for the second league match running, but would not end up on the winning side as they were held to a 3-3 draw by Cape Town City on Saturday afternoon.

The Buccaneers were looking for a way back to winning ways after going down 4-3 to Bidvest Wits in their last outing.

Just seven minutes in, City were in front through a cracking strike from midfielder Thabo Nodada, who left goalkeeper Joris Delle with no chance as he fired in from range.

Seconds after the restart, things went from bad to worse with Fagrie Lakay and Kermit Erasmus combining to set the latter loose, as he went one-on-one with the keeper, before making no mistake in doubling the lead.

It remained one-way traffic, with another seamless surge into the Pirates box, but this time Delle was well alert, pulling off a brilliant save to keep up Mpho Makola.

The situation called for a leader, and up stepped Happy Jele, whose long-range effort met a deflection inside the box, wrong-footing Peter Leeuwenburg to land in the back of the net.

By halftime, things were level after the red-hot, Tshegofatso Mabasa netted for the third consecutive game, grabbing his fourth of the season to make it 2-2 on the stroke of half-time.

With both encounters from last season between these two sides ending in a two-all draw, it would not be the case this time around, with Alfred Ndengane banging in the fifth goal of the match.

The central defender rose high to meet a cross, turning it into the Cape Town City goal to put Pirates ahead for the first time in the match.

Mabasa would have had a second goal, when Thembinkosi Lorch delivered a cross in his direction, but Leeuwenburg was first to the ball to snuff out the danger.

The next goal in the game came the way of City, through second-half sub, Shaquille Abrahams, who equalised in the dying moments of the contest.

It would turn out to be another afternoon where the Buccaneers dropped points, as the two sides shared the spoils once more in another goal-fest.

Bucs Jet Off to Guinea