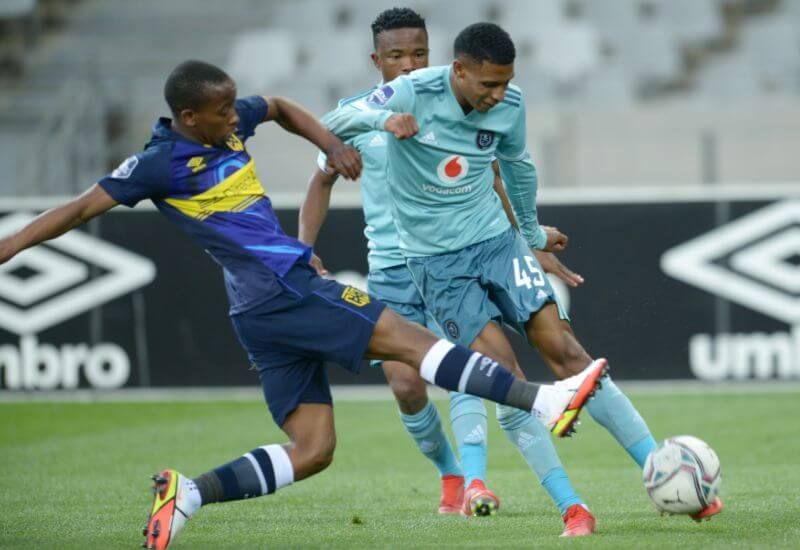 Orlando Pirates earned a point on the road after playing to a one-all draw against Cape Town City in their DStv Premiership fixture at Cape Town Stadium on Saturday.

Fresh off contrasting results the last time each of the two sides took to the field, the objective from both camps was similar as they both sought maximum points from the encounter.

Early on, Pirates looked the hungrier of the two sides, and were impressive in their ball retention, maintaining possession for a big chunk of the first 10 minutes.

Just reward for the Buccaneers’ patience came in the 13th minute when Captain Happy Jele made it 1-0 with a powerful header. This was after the defender remained in an advanced position after City cleared the ball from a corner back into the visitors’ grasp, and the skipper was on hand to meet a pinpoint cross from Vincent Pule and turn it in for the opener.

A tense few minutes for the Buccaneers ensued, with the goal spurring the hosts into surging forward in search for the equaliser.

This called for some solid defensive play from the visitors, who obliged with Paseka Mako doing well to thwart a threatening Thabo Nodada inside the box before City keeper Thamsanqa Mkhize fluffed his lines from close range with a header that missed the target.

The first half deteriorated into more of a physical affair towards the end, with Goodman Mosele and Pule both requiring treatment, while City’s Mduduzi Mdantsane was also felled just before the halftime whistle.

The Citizens’ first real chance of the second half yielded some promise as they were awarded a penalty after Bucs defender Olisa Ndah was adjudged to have handled the ball inside the box.

Mdantsane stepped forward and fired past Siyabonga Mpontshane to draw level for City in the 54th minute.

Looking to reclaim their advantage, Pirates pushed forward and could have inched ahead through second-half substitute Fortune Makaringe, who shot just wide after brilliant interplay between himself and Terrence Dzvukamanja.

Another substitute in Kabelo Dlamini was also immediately involved, as with his first touch of the game, played in Tshegofatso Mabasa whose shot drew a save from Hugo Marques in the 68th minute.

It was then Pirates’ turn to defend, with Pule - well on his way to a Man of the Match performance - stood up well on defence to close out Fagrie Lakay, before popping up in the final third with a cross that just evaded Deon Hotto as the visitors forged forward.

There were to be no further changes to the score line, as spoils were shared in the end.