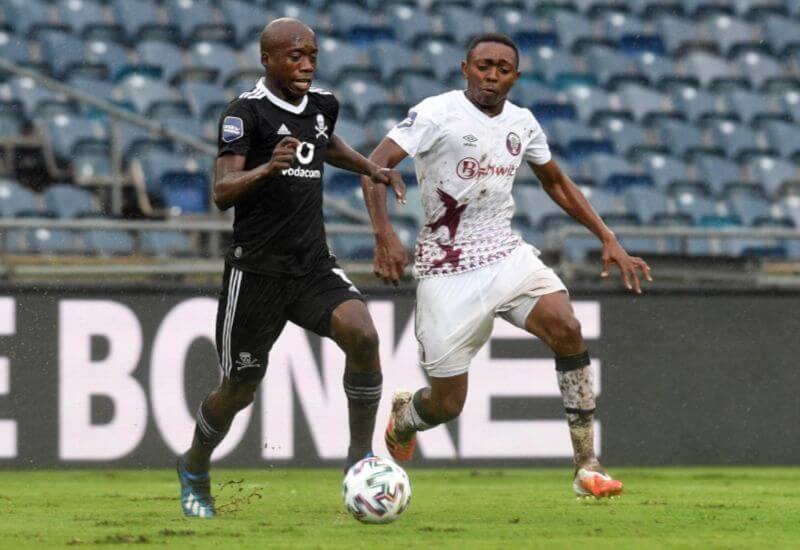 Orlando Pirates were stunned by a late equaliser from Moroka Swallows in a thrilling 1-1  draw at a wet Orlando Stadium on Sunday afternoon.

Yet unbeaten in the league on their return to the top flight, the Dube Birds were looking to maintain their impressive start, while coming up against a Pirates side looking to bounce back from their first defeat of the season.

Most of the attacking in the early exchanges was done by the visitors, with the best of their chances falling to ex-Buccaneers skipper Thabo Matlaba, who forced a brilliant save out of Wayne Sandilands with a low, dipping shot from range.

The hosts' surges forward found an alert Swallows defence, with the majority of their attacks cut out before troubling Namibian international keeper, Virgil Vries.

Wayde Jooste was the first to trouble the shot-stopper, as he displayed nifty footwork on the right flank before his cross was palmed out of play.

That was the last real chance from either side in the first half, and the second began with the two sides continuing to exchange blows.

Sandilands was the busier of the two keepers, making vital stops to deny Ruzaigh Gamildien, before dishing out the same treatment to Kgaugelo Sekgota.

Chances at goal were scarce for the Buccaneers, until the 70th minute, which served up what was perhaps the game's biggest talking point.

This is after Fortune Makaringe seemed to have won a penalty, with the referee pointing to the spot before retracting his call moments later, instead booking the midfielder.

The incident seemed to have spurred the hosts into action, as they enjoyed their best period of attack in the half.

The breakthrough came just five minutes from time, and it was via midfielder Ben Motshwari, who met a loose ball on the half-volley at the edge of the box, sending a powerful shot past the diving Vries for the opener.

With the clock ticking down, the Pirates defence was stunned late in the encounter, as Kamohelo Mahlatsi turned in a cross from Sfiso Hlanti to level matters.

That was the last big play of the afternoon, as two points were snatched from the Buccaneers, who had to settle for a point in the first instalment of the original Soweto Derby in six years.